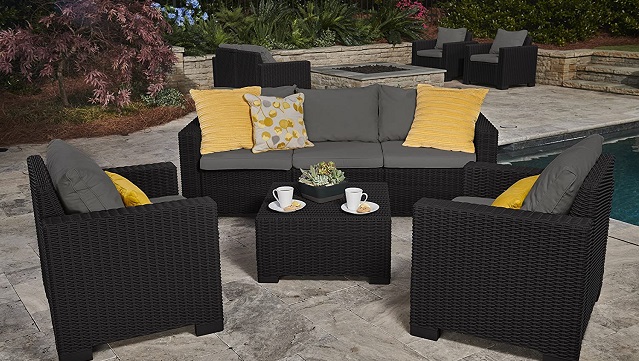 Keter Plastic, an Israeli company that produces home and garden plastic products, has filed the forms with the SEC ahead of a planned initial public offering IPO on the New York Stock Exchange NYSE. Keter Plastic says that it hopes to raise hundreds of millions of dollars and expects a valuation of $2 to 2.5 billion from the IPO.

The number of ordinary shares to be offered and the price range for the proposed offering have not yet been determined. Keter plans to apply to list its ordinary shares on the New York Stock Exchange under the symbol “KETR.”

Everyone in Israel knows about Keter. Everywhere, lawn chairs, storage cabinets, tables, sets of outdoor seating and couches, all made from plastic by Keter, can be seen all over Israel.

Everywhere you go in the country you can see their stores and their products for sale. Go into the average home in Israel and you will probably see Keter products on someone’s apartment terrace or in their yard.And Keter has made a name for itself internationally as well.

Keter was founded in Jaffa back in 1948 by Joseph Sogol, the year that Israel was established. Sogol’s sons inherited the company from him. In 2016, an 80% controlling interest in Keter was to private equity firm BC Partners for $1.7 billion.

Its products are made from resin. Keter boasts annual sales amounting to over $1 billion. The Keter Group distributes to 25,000 retail outlets globally, including nearly all of the top 250 retailers worldwide – with many of these relationships dating back more than 25 years.