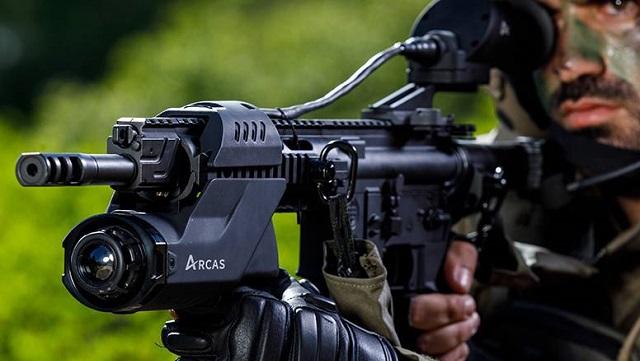 The future is now, so the saying goes. Think about it: now rifles can be operated by computers, or AI. This could make them much safer. This could remove human error from the equation. It could also allow for completely accurate aiming, always hitting the intended target.
–

“ARCAS transforms any assault rifle into a smart weapon. The flexible solution can be modified to existing equipment and customized to operational requirements, offering two configuration options that enable using a thermal or electro-optic sight.”
–

ARCAS is a computerized platform with various combat applications such as enemy shooting detection, ballistic correction & more. For a closer look at our Assault Rifle Combat Application System click the link: https://t.co/E0YE0sZjP6 pic.twitter.com/Be4swULWd5

ARCAS is designed to relay data through the weapon sight. The images from the optic system are sent directly to the eyepiece and displayed on a user interface with digital display technologies, providing the soldier with new shooting options – such as shooting out of position or around corners.

Elbit Systems ISTAR general manager Oren Sabag said, “ARCAS is another important building block in our advanced portfolio of solutions for dismounted soldiers. The development of this new solution is part of our continuous effort and R&D investments aimed at enabling a step-change in the effectiveness and survivability of infantry and special forces.” 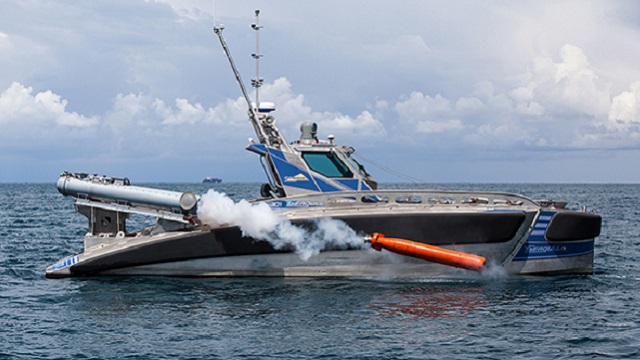 As for the new Asian naval deal, Elbit will supply Anti-Submarine Warfare (ASW) capabilities to the Navy of the unnamed nation. The contracts will be performed over a 12-month period.

Under the contracts, Elbit Systems will provide the Seagull USVs (Unmanned Surface Vessels) configured to perform ASW missions and the Towed Reelable Active Passive Sonar (TRAPS) systems. The Seagull USVs will integrate Helicopter/Ship Long-Range Active Sonars (HELRAS) and will be equipped with the Company’s autonomous suite, Combat Management System and Satellite Communication capability. The TRAPS systems, which will be installed onboard the customer’s corvettes, are low frequency variable-depth-sonars intended for detection, tracking and classification of submarines, midget submarines, surface vessels and torpedoes.
–

Oren Sabag, Co-General Manager of Elbit Systems ISTAR & EW, commented, “Advanced autonomous and sonar capabilities are a key to addressing the expanding challenges in the underwater arena. We believe that our portfolio of proven maritime capabilities is well positioned to support the growing operational requirements of naval forces around the world.”