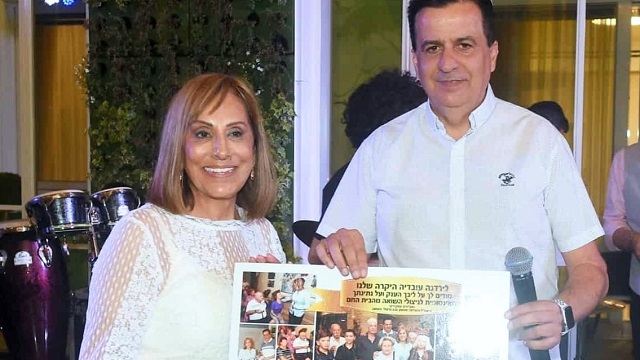 Yardena Ovadia together with the association’s general manager, Shimon Sabag, credit to Yad Ezer for a friend

On the eve of the Rosh Hashana holiday, thousands of food packeges were donated by the Yad Ezer Association to the Elderly and the Needy throughout Israel. Due to the economic crisis, due to the corona crisis, there was a great demand this year ahead of the Jewish holidays for food among Holocaust survivors, the elderly and the poor in Israel.

Much has been reported recently by the Israeli media about the plight of the last remaining Holocaust survivors in Israel. All are now over 80 years of age, and many of them live in poverty. Almost every week there seems to be a report on of Israel’s evening news television broadcasts that highlights the story of one such Holocaust survivor.

Then there are all of the aging first generation Sephardic immigrants who came to Israel from Arab nations shortly after the founding of the State of Israel. These people were expelled from their homes throughout the Arab world. They arrived in Israel with nothing but the shirts on their backs at a time when the country was entirely impoverished and had little resources. These Sephardic immigrants were then mainly forced to live in newly built development towns in remote parts of the country where they subsisted for decades on low wage jobs. Today they live on just their state pensions. 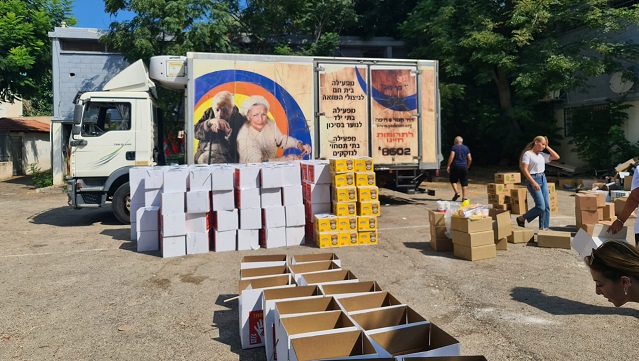 But in the past two holiday seasons, so many younger Israelis with families to support lost their jobs due to the Coronavirus crisis and found themselves, for the first time in their lives, in need of help in putting food on the table.

Yardena Ovadia is the woman behind the work of Yad Ezer. Thanks to her generosity, the organization was able to meet the great demand in distributing food rations to the needy this year. 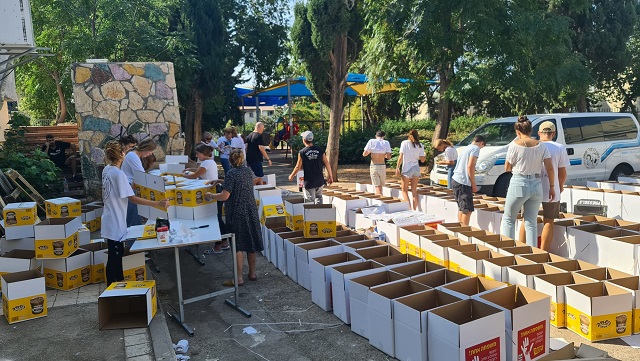 Yad Ezer’s founder and CEO, Shimon Sabag, said, “Thanks to the angel’s kindness, Yardena Ovadia, who has supported and assisted the needy and Holocaust survivors for years and this year Pass the eve of Rosh Hashanah with dignity with thousands of donations of food donated. Thank you very much and of course we will have a good, sweet and healthy year. “