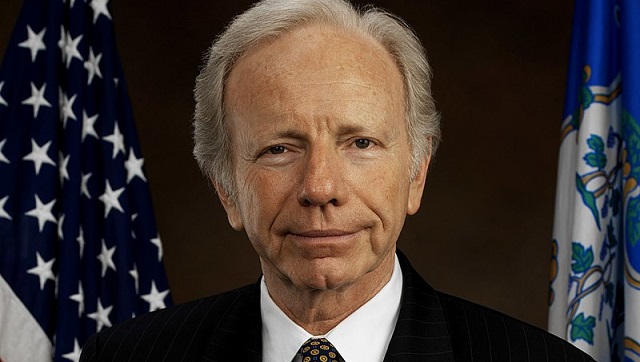 Former Senator Joe Lieberman does not think that the U.S. Military should have withdrawn from Afghanistan. He said so in an editorial published in the New York Post.

You might be thinking right now, “Who cares what Joe Lieberman thinks about Afghanistan?” And, “he’s one to talk!” Or, “wasn’t he the guy from from that TV show?”

The 79 year old former four term senator from Connecticut served during the first eleven years of America’s occupation of that country. During that time, he had to be aware of how much out of the $2.65 trillion of American taxpayers’ money was wasted on graft. How much of the money went to line the pockets of corrupt Afghani officials and how much went to overpaying military contractors for their services only because they had inside connections.

So what, exactly, did Lieberman say?

“President Trump’s policy and President Biden’s decision were not required by any facts on the ground. The United States and Afghanistan had achieved a strategic balance. The number of American soldiers there had been brought down to less than 3,000 from a wartime high over 150,000, and not one of our troops had been killed in battle for more than a year,” wrote Joe Lieberman in his editorial.

“Our mission there was to counter terrorists who want to kill Americans and to give backup support to the Afghan government and military, which were building and defending their nation,” added Biden.

Yes, this is true. But what needs to be asked here is why, after twenty years, four different American presidents, countless soldiers killed and maimed for life and trillions of dollars wasted, did the Taliban even continue to exist. Why did all of the public officials in the outer provinces, who were paid for and trained by the U.S., cut deals to hand over their territories to the Taliban as soon as American forces pulled out? Why did the Afghan military and police simply refuse to fight?

Another question for Joe Lieberman should be, how much longer? How many more years of occupation, how many more American soldiers killed, left disabled, and so forth would be needed to “finish the job” in his mind?

Lieberman wrote that he has been telling himself “None of this had to happen. The decision to withdraw was tragically unnecessary.” Perhaps? But perhaps it would have all turned out differently if both the then Senator Lieberman and his colleagues in the Congress had actually done their jobs and conducted the proper oversight of what went on in Afghanistan over the past twenty years.

He certainly is one of the people who owes the American public, and especially all of it military personnel who served in Afghanistan over the years, an apology.

In this article:headline, Joe Lieberman