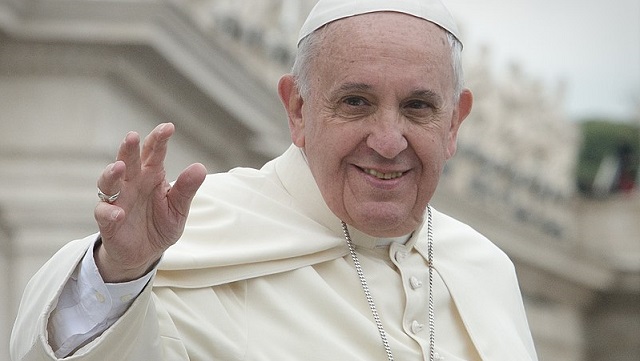 Pope Francis made some objectionable remarks about the Tora earlier this month. Now Reuters revealed that Israel’s Chief Rabbinate issued a formal letter of protest to the Vatican complaining that what the Pope said could be construed as meaning that Judaism, in its entirety, is no longer a valid religion.

The Tora refers to the Five Books of Moses, the first five books of the bible also known as the Pentateuch. These are Genesis, Exodus, Leviticus, Numbers and Deuteronomy. But the term Tora is also used to refer to the entirety of Jewish law and wisdom.

Christianity is predicated on the belief that the Tora, the covenant that God mad with Israel in the Old Testament, has been supplanted by the New Testament and Christianity. God made a new covenant, preaches Christianity. If Christianity’s central tenets of faith are true, then the Jews must be wrong in their continued belief in the Tora. This is because they believe that God rescinded the earlier covenant, replacing it with a new one.

So what, exactly, did the Pope say?

On August 11, during a general audience, the Pope chose to speak about the Tora, specifically the first five books of the Bible.

“God offered them the Tora, the Law, so they could understand his will and live in justice. We have to think that at that time, a Law like this was necessary, it was a tremendous gift that God gave his people.”

So, first Pope Francis stated that the Tora was only valid for the era in which it was given.

“The Apostle explains to the Galatians that, in reality, the Covenant and the Law are not linked indissolubly – the Covenant with God and the Mosaic Law,” he continued. “The first element he relies on is that the Covenant established by God with Abraham was based on faith in the fulfillment of the promise and not on the observance of the Law that did not yet exist. Abraham began his journey centuries before the Law.”

Here Pope Francis clearly states that the covenant that God made with Abraham, and as such with all of Israel, was never actually connected to the Tora.

As if that were not enough, Pope Francis actually went on to declare that the Tora was just a means to an end and that, as such, it is no longer applicable today. “The Law [Tora], however, does not give life, it does not offer the fulfillment of the promise because it is not capable of being able to fulfill it. The Law is a journey, a journey that leads toward an encounter,” said Pope Francis.

So, what is the problem here? The Pope, the spiritual leader of more than one billion Roman Catholics around the world, stated publicly that the Tora, the law of the Jews, is wrong and not binding. In saying this, the Pope, in effect, denigrated the entirety of the Jewish faith.

Reuters reported that Rabbi Rasson Arousi, chair of the Commission of the Chief Rabbinate of Israel for Dialogue with the Holy See, sent a letter to the Vatican in condemnation of the Pope’s remarks. The letter explains that what the Pope said could be used to justify anti-Semitism.

“In his homily, the pope presents the Christian faith as not just superseding the Torah; but asserts that the latter no longer gives life, implying that Jewish religious practice in the present era is rendered obsolete,” Arousi said in the letter.

“This is in effect part and parcel of the ‘teaching of contempt’ towards Jews and Judaism that we had thought had been fully repudiated by the Church.”

In this article:Pope Francis, headline