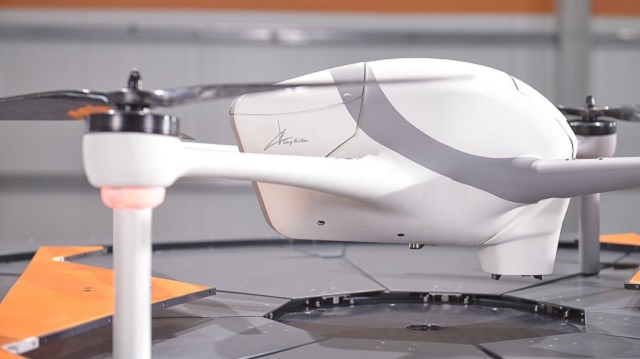 Israeli startup Airobotics which develops unmanned aerial vehicles (UAV) has failed in its plan to go public on the Tel Aviv Stock Exchange (TASE). According to a report in Calcalist, Airobotics failed to even reach the minimum $6 million raise required for the IPO.

Airobotics had hoped to bring in as much as $12 million from its TASE offering. But the company only raised just a few million dollars. Airobotics had no chance of hitting its declared goal of hitting a $50 million valuation.
–

Founded in 2014 by Ran Krauss and Meir Kleiner, Airobotics has developed an unmanned drone solution, the first of its kind in the global market. The company provides an end-to-end, fully automatic solution for collecting aerial data and gaining invaluable insights. The industrial grade platform is available on-site and on-demand, “enabling industrial facilities to access premium aerial data in a faster, safer, more efficient way.”

Airobotics declares that they fuse expertise in aerospace hardware design, robust electronic systems, leading software engineering, and years of experience in commercial drone operations. This varied experience has allowed them to design a solution suited to address the needs of the world’s most complex industrial environments.

The company has raised a total of $132 million to date. They employ more than 80 people, most of them in Israel. Airobotics works in Singapore, Houston, and Tel Aviv, with another center under construction in Dubai.

While this could be attributed to the worldwide Coronavirus related recession, Airobotics lost a lot less money in 2020 than it did in 2019. 2019 was the last full year before the start of all of the Covid-19 shutdowns.

Airobotics told Calcalist: “The company hasn’t given notice before firing to employees. The company is considering its next steps and hasn’t decided yet in which direction it will head. Airobotics has enough money in its account, including $4.5 million raised in a pre-IPO funding round.”

In this article:IPO, TASE, Finance