Will he sign a new deal or not after months of back and forth? – Lionel Messi, widely regarded as one of the greatest footballers of all time, is likely to depart Barcelona after spending his entire professional career there. Argentina made his first-team debut for the club in 2003, before becoming a regular starter in 2005/2006.

The announcement of Messi’s departure, which was eventually prompted by financial limits imposed by the Spanish league, stunned the football world, immediately igniting speculation about where “La Pulga” (the flea) may end up next. One possible target, Pep Guardiola’s Manchester City, appears improbable following the club’s $100 million signing of English international Jack Grealish on Thursday. As of now, PSG appears to be the frontrunner to secure Messi’s services, as they are one of the few clubs capable of affording his royal wage.

A glimpse at Messi’s goal-scoring record demonstrates his immense importance to Barcelona and the colossal footprints he will leave at Camp Nou. Argentina scored 672 goals in 778 games in all competitions, averaging over one goal per match (0.86 to be precise). Given that football is a historically low-scoring sport, this is the closest he comes to a human cheat code. 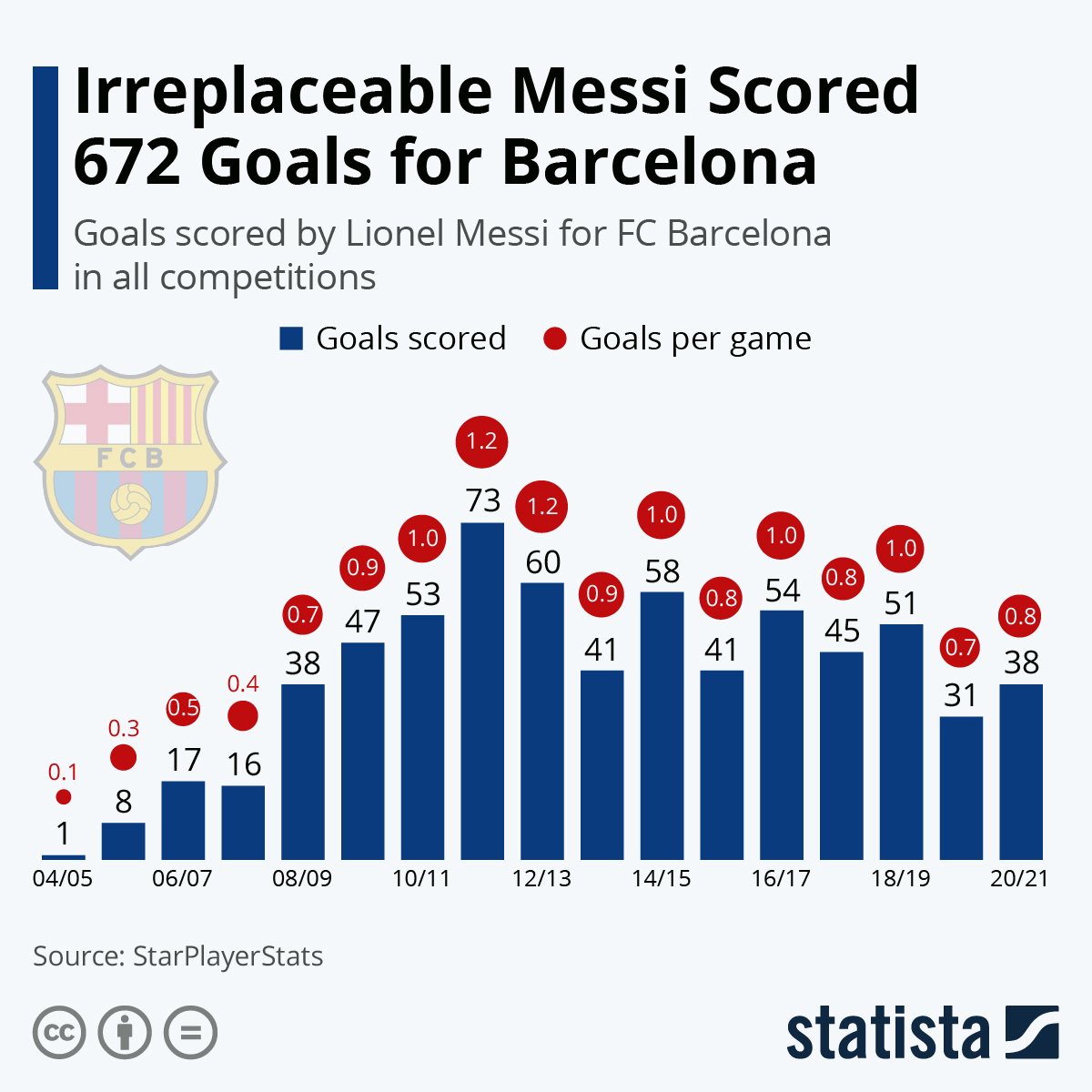 You will find more infographics at Statista
In this article:Finance