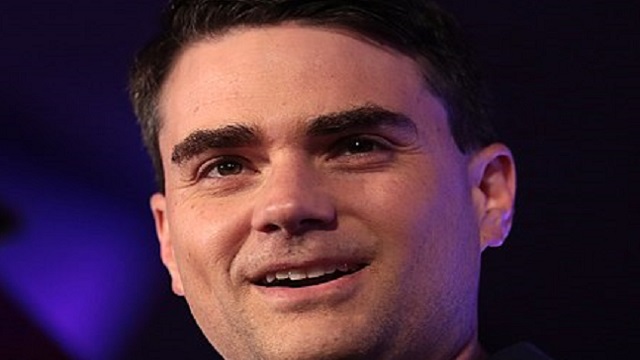 Conservative radio host Ben Shapiro made an appearance Friday night on Bill Maher’s show Real Time. The self-proclaimed know it all might not want to make another appearance in the future. The lawyer turned loud mouthed pop personality showed once again what happens when the emperor appears in public with no clothes.

Ben Shapiro was pitted against MSNBC commentator Malcolm Nance. Nance showed his experience at this sort of thing, remaining on topic and not losing his cool. While Shapiro did what people like him always do, he changed the subject and, answered questions by bringing up things that, while true, were off topic. Ben Shapiro also showed that he comes from the Sean Hannity school of thought: just act really sure of yourself, be over-confident, never back down and make the audience believe you just because you seem to so strongly believe in yourself.

For example, Ben Shapiro kept bringing up BLM – Black Lives Matter – in response to points made by the other side, even when BLM was not relevant. He never truly answered the difficult questions. This was evident as he continued to push the false narrative about what is being called critical race theory.
–

After his appearance, Ben Shapiro might just be realizing that he should stick to the radio and to writing books like Rush Limbaugh did. It would seem that the loudmouth radio routine rarely, if ever, translates to the small screen. Few people, such as Sean Hannity, have been able to master both television and radio. Rush Limbaugh failed at his few tries at being a TV pundit. And Howard Stern’s TV shows have mostly just been recordings of his radio program.

At one point, Shapiro showed his true colors, his shallow nature. In response to a comment about his poor etiquette, Ben Shapiro actually retorted, “I will comfort myself tonight by sleeping on my bed made of money.”

In case you were wondering, Real Time is recorded earlier in the day and not aired live. While it first premieres in America at 10 P.M. Eastern, this is only 7 P.M. on the West coast, before this past Friday’s Shabbat’s candle lighting time. And the show would have been recorded much earlier than that. So this is how Shabbat observer like Ben Shapiro could make an appearance on the show.

In this article:Finance, Bill Maher