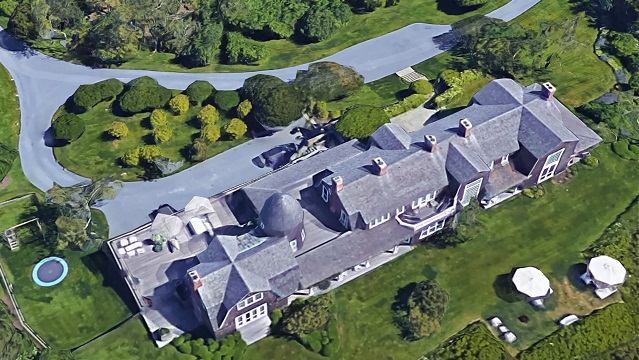 Fashion mogul Calvin Klein has sold his East Hamptons estate for $85 million, reports Dirt.Com. Not bad considering that he only paid $3.6 million for it.

The 8.5 acre estate was sold off in two parts, each transaction was performed off market. Most of the estate sold for $75 million. A small piece of as yet undeveloped land went for another $10 million. That shows how much in demand the remaining parcels of land available for development in the area are these days. The names of the buyers were not revealed.

The 78 year old Calvin Klein bought the property back in 1987 for just $3.6 million. That amounts to about a 2,200 percent return on investment. Klein bought the home from the son of Juan Trippe, the founder of Pan American World Airways.

The 10,100 square foot mansion has five bedrooms and eight bathrooms and was built back in 1891. It features a swimming pool added by Klein and a boathouse on Georgica Pond. Calvin Klein once had famed architect Thierry Despont update the interior.

Dirt explains that the estate comes with a remarkable history. In 1891, Laura Brevoort Sedgwick (1859-1907) hired noted Hamptons architect Joseph Greenleaf Thorp to build her a house. Thorp was famous for having designed Grey Gardens, which is located nearby. He also designed another East Hampton mansion later owned by Chevy Chase.

Sedgwick then met Henry A. James (1854-1929) and the couple held their wedding ceremony in the mansion’s living room of this house. Thorp came along after that and added a windmill tower in the middle of the house in 1899. “Windmill houses are kind of a thing in the Hamptons. Many eccentric late 19th century houses in the area had fake windmills added to them; among them a cottage now owned by Robert Downey Jr.,” explains Dirt.

In 1935, aviation pioneer Juan Trippe (1899-1981), president of Pan Am Airlines, acquired the house and made significant renovations. Calvin Klein and his former wife Kelly bought the house 52 years later and were only its third owners.

In this article:Finance, Calvin Klein