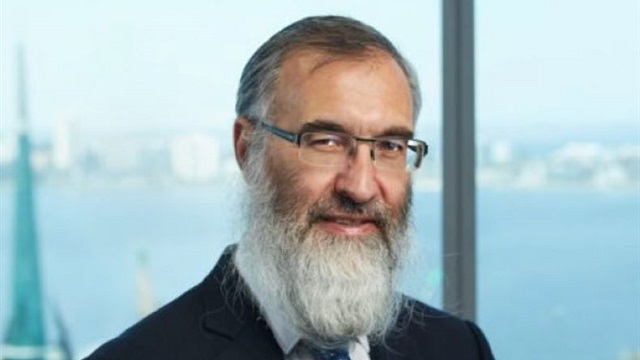 Rabbi Marcus Solomon is an Australian orthodox rabbi from Perth, as well as an attorney. And Marcus Solomon has been appointed to serve as a Justice of the Supreme Court of Western Australia.

Rabbi Solomon has been a leader in the Australian Jewish community over the years. He established the Beit Midrash of Western Australia in 1993 and an Orthodox shul in the city of Perth, located on Australia’s west coast. And Rabbi Solomon is also a prominent Australian attorney.

“It is with great pleasure that I announce the appointment of Mr. Solomon to the bench of the Supreme Court,” Western Australia Attorney-General John Quigley said in a statement.

“He is not only an eminently qualified advocate and lawyer but he has also demonstrated his commitment to public service through his roles in the education and mentoring of his fellow practitioners, membership of various boards and committees, and his advisory and honorary positions in a variety of Jewish educational institutions.”

Marcus Solomon graduated from The University of Western Australia in law with First Class Honors in 1991. After working as a solicitor and then a partner at two major law firms, he moved to the independent Bar and was appointed Senior Counsel (“Silk”) in 2013.

Marcus Solomon has a wide commercial practice, and conducts matters in all superior Courts and in local and international arbitrations where he has acted as both counsel and as arbitrator.

Marcus Solomon teaches advocacy to junior barristers for the Western Australian Bar Association. He also holds a number of leadership positions within the Jewish community, and was appointed to the the Yeshivah Centre Melbourne Governance Review Panel in July 2015.