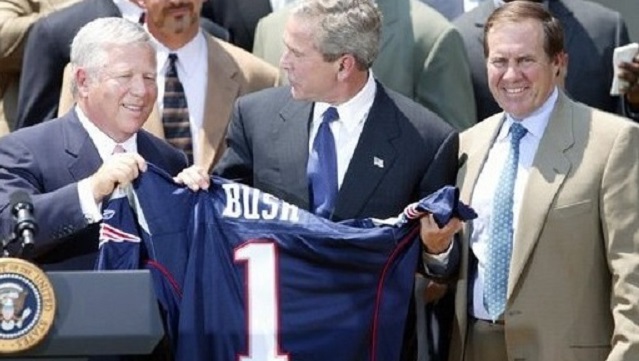 Robert Kraft, the billionaire owner of the NFL’s New England Patriots, is not popular with the people of South Carolina. The Daily Beast has reported on how locals say that Kraft’s New-Indy paper mill in Catawba, S.C., has been “spewing noxious gases and making them sick.” But in some good news for Robert Kraft, a judge has ordered that a tape of his massage parlor sex romp be destroyed.

Founded in 2012, New-Indy is a joint venture between The Kraft Group and Schwarz Partners LP. The company name is derived from being the Newest Independent manufacturer and supplier of recycled containerboard in the corrugated box industry.

Local NBC News affiliate WCNC in Charlotte has reported that New-Indy Containerboard’s Catawba paper mill is at the center of tens of thousands of foul odor complaints and that the plant, has a decades-long history of pollution, including groundwater contamination. The mill is under federal and state orders to clean up its hydrogen sulfide emissions. WCNC says that local homeowners say that this has led to harmful health effects.

One person affected is Scott Stevens. Stevens told The Daily Beast that while says he doesn’t have a history of nosebleeds, he has them all of the time these days. “I feel like I have a runny nose. It’s actually blood,” said the 43-year-old resident of Fort Mill, South Carolina.
–

According to The Daily Beat, New=Indy drastically increased production rates about six months ago. This has led to 27,000 complaints filed with the South Carolina’s Department of Health and Environmental Control, alleging that noxious gases like hydrogen sulfide are causing migraines, dizziness, vomiting, nosebleeds, and burning eyes. “The fumes—which smell like rotten eggs, spoiled cabbage, or feces, depending on whom you ask” reports TDB, “have proliferated as far as 30 miles away, an area encompassing more than 1.5 million people.”

Jerry Wansack, who says he has suffered from severe congestion and burning eyes, commented, “Please just ask Robert, like, ‘Why would you do this to people?’ Why? Why? I mean, is it really that much about money?” 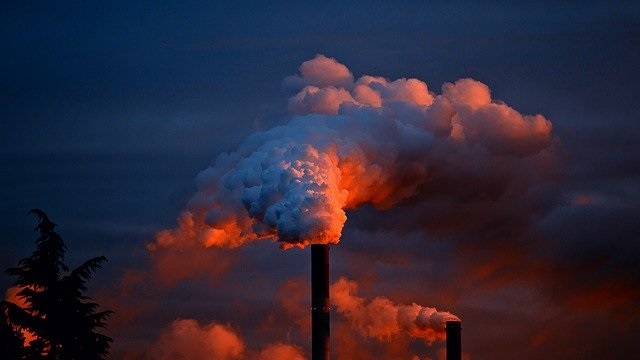 New-Indy, for its part, is denying responsibility. It has stated in response to a class action that it is only an attempt to, suit that it is just an attempt to, “drum up a false narrative to paint New-Indy as a profit-hungry business with little regard for the environment or citizens’ well-being. They fail to reconcile this contrived theme, however, with their acknowledgment that New-Indy obtained state authorizations and permits for its activities.”

According to WCNC, regulators believe the company’s wastewater treatment process, including the lagoons, is responsible for the hydrogen sulfide odor affecting thousands of homeowners.
–

Well, at least Robert Kraft won’t have to worry anymore about someone leaking his massage parlor sex tape. That is, not unless someone has already made copies of it. The recording was made by local Florida police in a sting operation against spas that serve as fronts for prostitution.

In January of 2019, New England Patriots owner Robert Kraft was one of 77 people caught up in a police undercover operation. Kraft was caught with his pants down in a raid of a West Palm Beach Florida massage parlor in January 2019 and was formally charged with two counts of soliciting prostitution in February 2019.

Asian massage parlors are known for using victims of human trafficking as sex slaves. Authorities installed hidden cameras inside of the spa in question. But even with a warrant, lawyers challenged the constitutionality of the videos.

Robert Kraft’s lawyers successfully argued that by placing the camera inside the location law enforcement had violated the defendants’ rights because anyone who went in would have been filmed. Since police could not have known if they were not also filming people who were only getting massages ten the covert videos should not be allowed as evidence, the lawyers said.

Well, the argument worked as a Florida judge threw out the video evidence in a May 2019 ruling.

But what about the video of Kraft being caught in flagrante, and possibly in coitus?

Well, Palm Beach County Judge Leonard Hanser ordered that the recordings of Kraft and the other men be destroyed. The judge accepted the position held by both the prosecutors and defense lawyers who said that recordings were not part of the permanent court file.

But you never know. There could already be plenty of copies of the video in existence.