One frequently cited argument against the move to electric vehicles is that electric cars are not significantly cleaner than internal combustion engines. When battery manufacturing and energy generation are included, the emissions benefits from electric vehicles are minor, at best.

To address this point, the International Council on Clean Transportation (ICCT) produced a white paper this month comparing the life-cycle greenhouse gas emissions of gasoline-powered and electric passenger cars.

The study concludes that electric cars do indeed significantly reduce emissions, even in countries where the transition to renewable energy in the electricity mix is still in its infancy.

As indicated in the following graphic, the emissions produced by a mid-sized electric passenger car registered today are already significantly less than those produced by a comparable gasoline vehicle over its lifetime.

Savings in emissions range from 19-34 percent in India to 66-69 percent in Europe, depending on the present electricity mix and its evolution over the vehicle’s lifetime. Additionally, as energy supply continues to decarbonize, the emissions gap between BEVs and gasoline-powered cars is predicted to expand significantly for cars registered in 2030.

The report concludes that battery electric vehicles and fuel cell electric vehicles, respectively powered by renewable electricity and green hydrogen, are the only technologies capable of achieving the emissions reductions required in global road transport to meet the Paris Agreement’s goals. Hybrids and plug-in hybrids, the paper concludes, may minimize fuel use throughout the transition, because “neither provides the size of reduction in greenhouse gas emissions needed in the long term.” 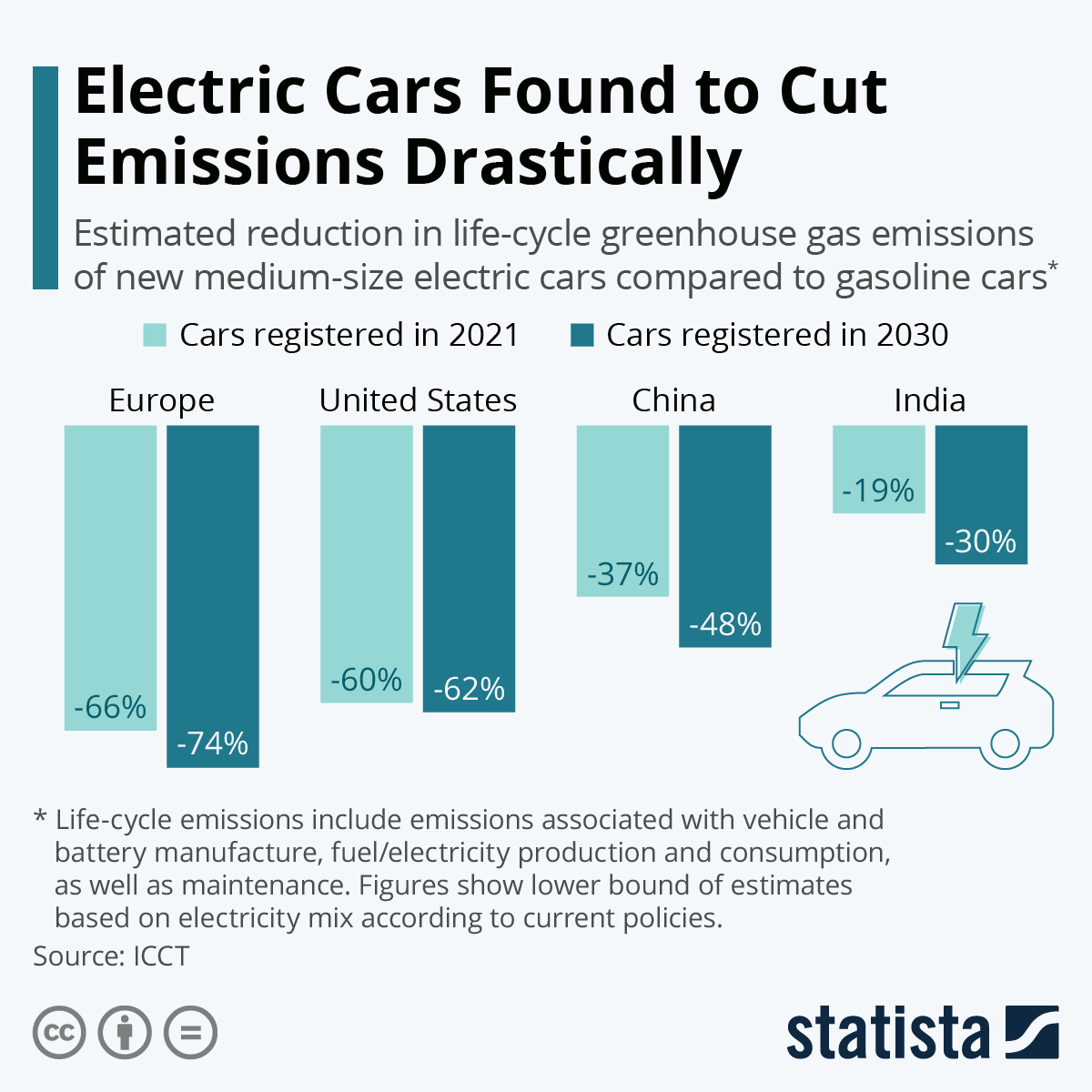