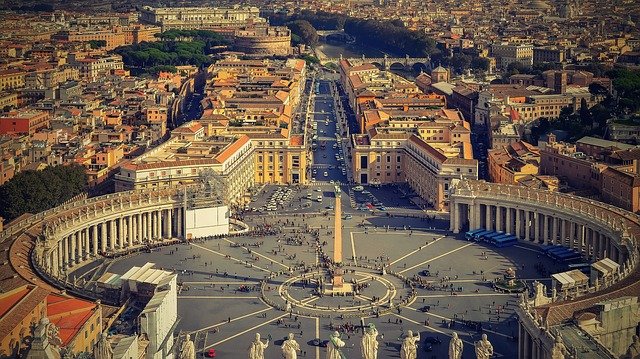 It turns out that the Catholic Church may very well be the world’s biggest landlord. The Vatican, in an unprecedented act, has revealed that it owns more than 5,000 properties around the world. In spite of this, The Vatican also reported a $78 million deficit in 2020.

Everyone knows that the Catholic Church holds a fortune in properties, investments, and artworks in its custody. The Church also owns various priceless artifacts and jewels. But the Vatican has always been secretive as to its financials. That is until now.

The information came out over the weekend as the world got its first-ever look at the budget for the Administration of the Patrimony of the Apostolic See (Apsa). Apsa manages real estate and investments, pays salaries, enacts purchases and handles human resources for The Vatican. The budget statement was first revealed by Jesuit America magazine.

The Vatican said that it was also adversely affected by the Covid-19 pandemic. The Coronavirus shutdowns caused a serious negative impact on the Vatican’s financial situation. This included a 66.3 million euro ($78 million) deficit in the consolidated budget report for 2020. Maybe they will now need to sell some of those properties.

The Vatican saw a 5 percent drop in total revenues in 2020 than that of 2019. But this is a relatively low drop in income. This may be because private donations amounted to 23 percent of the income in 2020 compared with 18 percent in 2019. But this may only be because the huge drop in world tourism due to the Covid crisis led to the same amount in donations comprising a larger share of the income.

The income was generated by rents charged on properties owned, investments, visitors to their museums, catacombs and so forth. Services accounted for 58 percent of The Vatican’s 2020 income, compared with 68 percent in 2019.