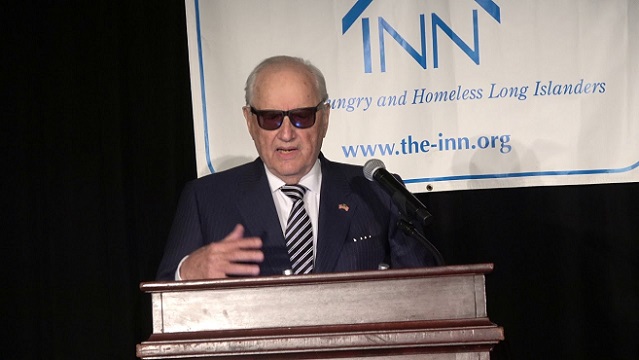 Arnold Gumowitz is a 92-year-old real-estate mogul who owns 421 Seventh Avenue, an office building across the street from Madison Square Garden in Manhattan. And Mr. Gumowitz is currently standing in the way of New York State Governor Andrew Cuomo’s plans for a complete rebuilding of Penn Station.

The original Penn Station was a beautiful and artistic building in central Manhattan. It was where people who traveled to New York by train from the rest of the United States first entered the city. But in 1963, the building was demolished so that the new Madison Square Garden sports complex could be built on that location. Critics lambasted the move at the time, seeing it as a tactless move, destroying a world acclaimed building. But the powers that be at the time saw it as progress since people had already begun to give up on train travel and began flying as airfares became more affordable.

Penn Station has continued to function, however, over the past 60 years as an entrance to the city. It is where all of the local commuter rail lines coming from both Long Island and New Jersey end their journeys into Manhattan. The inter-city train lines of Amtrak also come and go through the station. But since its demolition in 1963, Penn Station has been entirely submerged as an underground terminal and over the years has become somewhat of a mess.

Many New Yorkers decry the fact that people from outside the city have such a confusing and even “ugly” experience when they first arrive by train. Daily commuters from Long Island and New Jersey have long grown tired of the station’s chaotic existence.

This is why New York authorities have a plan to completely redo the area. They want to build ten new skyscrapers in a multi-billion dollar development called the Empire Station Complex. Steve Roth’s Vornado Realty is involved in the planned project.

But there is a hitch. In order for the plans to move forward, 421 Seventh Avenue must be demolished and its owner Arnold Gumowitz does not wish to sell. Built in 1926, 421 Seventh Avenue has 14 stories. Gumowitz has owned the property for 43 years and uses it as the center of his business operations.

Arnold Gumowitz explained his feelings on the matter to the NY Post. He said, “I look for fairness but when someone attacks me, I respond. This is a generational piece of property. This is also a piece of real New York. I also hate to see this area become another impersonal Hudson Yards with nothing but tall buildings and no sunlight.”

“I love being able to just walk over to the Garden to see the Knicks play,” he said. “I love that I don’t even have to give people an address. I can just say we’re a block from Macy’s. We’ve got a unique home here.”

On the possibility that government authorities could use eminent domain to force him to sell, Arnold Gumowitz said, “Let them try to get me out.”