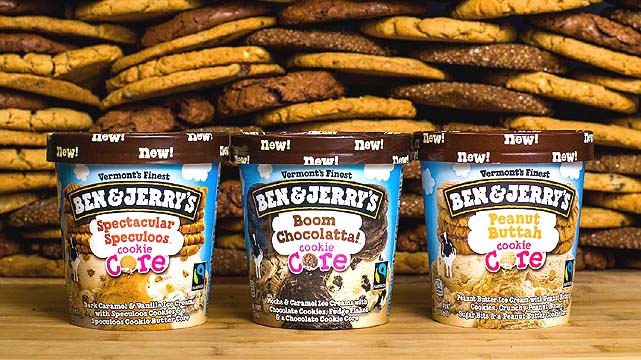 World ice cream company Ben & Jerry’s has announced a new policy regarding the sale of their products in Israel. The company now says that they will no longer allow their products to be sold in what Ben & Jerry’s describes as “occupied Palestinian territory.” So if you are always trying to diet and find yourself simply unable to resist all of those delicious Ben & Jerry’s ice creams, now you have a good reason to stop eating them.

Get ready for the calls to boycott Ben & Jerry’s in America from Jews and Israel supporters like.
–

Ben & Jerry’s will end sales of our ice cream in the Occupied Palestinian Territory. Read our full statement: https://t.co/2mGWYGN4GA pic.twitter.com/kFeu7aXOf3

Ben & Jerry’s ice cream is made in Israel through a licensing agreement with a local company. Because it is made locally, there are shops that offer two tubs of the ice cream for as little as $10. Now that may seem like a lot to Americans, but for locals it is a bargain for any brand of ice cream. And if you have ever been to Israel than you know that the Israeli ice cream brands never taste as good as the American ones. This is because they make it with milk instead of cream.

So why did they do this and why now? Well Ben & Jerry’s issued a statement saying, “We believe it is inconsistent with our values for Ben & Jerry’s ice cream to be sold in the Occupied Palestinian Territory (OPT). We also hear and recognize the concerns shared with us by our fans and trusted partners.”

“We have a longstanding partnership with our licensee, who manufactures Ben & Jerry’s ice cream in Israel and distributes it in the region,” added Ben & Jerry’s. “We have been working to change this, and so we have informed our licensee that we will not renew the license agreement when it expires at the end of next year.”

The company promised to offer its ice cream under a new arrangement in the future. But what exactly does Ben & Jerry’s consider to be the occupied areas anyway? How will they determine exactly where in Jerusalem their products may or may not be sold? Will Ben & Jerry’s tell a major Israeli supermarket chain like Rami Levi that it can only sell their products in the places that the company says are not occupied? And if so, do the people at Ben & Jerry’s even know that there are Rami Levi supermarkets in areas of the West Bank where local Arabs who cannot enter Israel shop regularly for things that they cannot get in their towns, including their own ice cream.

And the Ben & Jerry’s factories in Israel are in the southern part of the country and may very well employ a decent number of Arabs. This is kind of like when SodaStream was forced to close its plant in the town of Maaleh Adumim because it is considered to be “occupied” territory. When that factory closed a large number of Palestinians who worked there lost their jobs. These were people who could work in the factory because it was not technically in Israel proper, but who could not get work permits to work in Israel. So congratulations to the BDS. You are once again causing Arabs in Israel to lose their jobs at a time when the country is still suffering high unemployment due to the Covid-19 crisis.