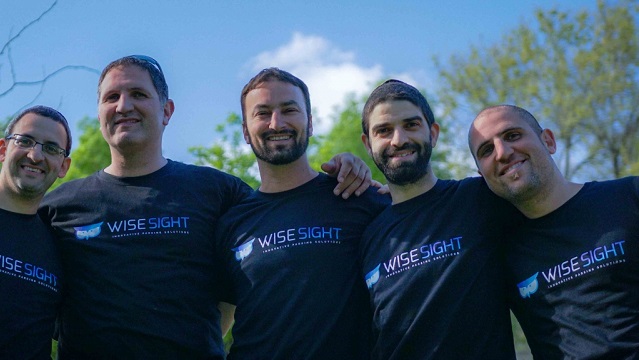 Wisesight is an Israeli startup that develops technology solutions for managing parking in smart cities. Wisesight has raised $4 million in Series A funding led by private investors from Israel and abroad.

So what exactly is a “smart city” anyway? Well smart cities are the cities of the future, just like in sci-fi movies. A smart city is a city that uses all sorts of electronic and high tech systems and devices like sensors to collect data. This can be used to monitor the rate of traffic, number of cars, passing through certain areas and streets at specific times of day. Or it can accurately gage the pedestrian traffic at different times of day.
–

In a smart city, local government can collect all manner of data which can then be used to improve city services. Detractors say that this is just another example of Big Brother watching everything that you do. But if you ask local government officials, especially the ones who deal with public complaints, they will tell you that this all helps to better serve the public at large.

And one of the biggest headaches in any urban area comes from parking: finding a place to park, figuring out if parking is allowed in a certain place, and paying for metered parking. And most cities have now done away with meters entirely and require that payments be made through some sort of app or electronic device.

But the biggest headache, to be sure, are all of the parking tickets. This is where Wisesight comes in.

“Enforcement becomes much more efficient for other non-payment related offenses.”

The company’s founders explain that they began as a group of optoelectronic engineers who build sophisticated systems based on image processing for the defense industry. But like most people, they were also fed up with parking tickets and the even more frustrating payment methods. So they decided to use their expertise to develop a new system which would take the headaches out of paying for public parking and dealing with parking tickets.

“All cities in Israel and around the world want to become smart cities, but the vast majority do not have the financial ability to do so,” explained Akiva Armon, co-founder, and CEO of Wisesight. “There is a huge demand from the municipal authorities to use our services for the benefit of making the city a truly smart city… This money will allow us to continue to fulfill our dream- a world without parking tickets with fewer traffic jams and air pollution. The goal now is to accelerate our expansion process in Israel and around the world and distribute our product as a PLUG & PLAY product that can be quickly implemented in the field by teams that have undergone simple training on the subject.”