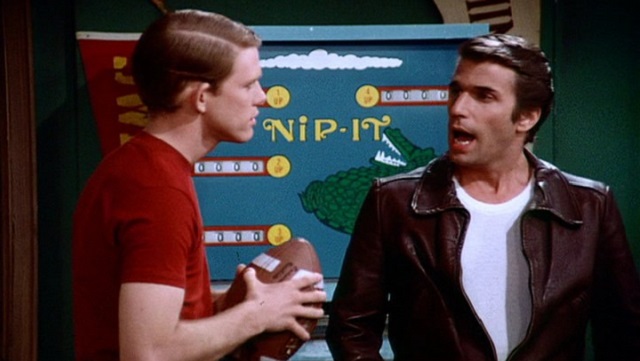 Henry Winkler is best known for playing Arthur “Fonzie” Fonzarelli for ten seasons on the hit 1970s TV sitcom “Happy Days.” But now he may be remembered for exhibiting bizarre and eccentric behavior. Henry Winkler now says that he hopes that the world will experience some sort of “cataclysmic Event.”

You heard that right! So why would Henry Winkler hope for such a horrible thing? Well the Fonz thinks that if something horrible were to happen then it would force the American people to finally set aside all of their differences and band together as one.

Taking to Twitter, Henry Winkler posted, “We are So divided as a country .. only a cataclysmic Event , that makes us depend on one another again , can bring us back together.”
–

Countless people were outraged by the comment. Many reminded Henry Winkler that America, and the world, have already been suffering through such an event – the global Covid-19 pandemic. One follower responded to Winkler by saying, “I love that you are this idealistic, but over half 1 million Americans have died of Covid. If that didn’t work, nothing will.”

Another wrote back, “There is a global plague and the ocean is on fire and infrastructure is collapsing and autocracy is rising and violent insurrectionists stormed the Capitol and none of those cataclysmic events united us so I’ll just assume you know something new about the UFOs and call it a day.”

But Henry Winkler explained that the Covid pandemic caused the opposite of what he was talking about. He tweeted, “The pandemic pushed us inside .. away from each other ..no that was not it.”

Anyway, Henry Winkler was forced to backtrack as a result of all of the criticism. He recently tweeted an explanation of his comments saying, “To be clear .. I am not wishing for devastation. My hope is for for our country to re unite again .. I ‘m so sorry for not being clear.”
–

It’s *almost* time to get to work. 🔧#MonstersAtWork, an Original Series, starts streaming with a two-episode premiere July 7 on #DisneyPlus. #SummerOfDisneyPlus pic.twitter.com/B8kJEZeOdc

Perhaps Henry Winkler is just another clueless Hollywood star? Maybe now he has leaned his listen and will have a publicist vet any future posts.