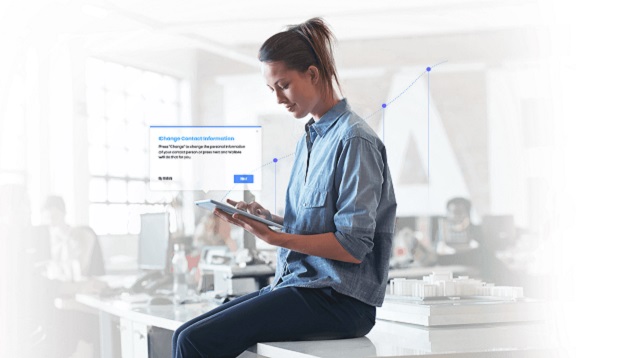 The biggest success for a Startup Nation exit in June came on Wednesday as SentinelOne hit a $9 billion valuation with its NYSE IPO. Sentinel One’s IPO brought in d $1.2 billion. While this is still less than the $10 billion valuation that SentinelOne was hoping for when the company first announced their IPO plans, it is still a huge victory. Just a few weeks ago the company was forced to lower expectation to achieving a valuation of only $7 billion.

Not far behind SentinelOne was Monday.Com. The Tel Aviv based Monday.Com which specializes in project management, team management, SaaS, communication, production tracking, team collaboration, and work management, held a $6.8 billion IPO in June. Monday.Com raised $574 million from its IPO, issuing 3.7 million new shares. The shares sold for $155 each, much higher than the originally announced price range of $125 to $140.
–

Israeli startup WalkMe held its IPO in June on the NASDAQ, with a $2.6 billion valuation. Startup Nation’s WalkMe is a provider of website navigation and digital adoption solutions. WalkMe raised $286 million at a share price of $31. This price was on the high end of the expected $29 to $32 range previously announced. The company had expected to raise anywhere from $268 million and $296 million from the IPO, so the $286 million figure is a clear success.

Talkspace, the Israeli virtual behavioral healthcare startup, hit a $1.4 Billion valuation from their NASDAQ IPO. On June 23, 2021, the combined entity named Talkspace, Inc. (“Talkspace” or the “Company”) and its shares of common stock and warrants began trading on the NASDAQ under the new ticker symbols “TALK” and “TALKW,” respectively. The opening day price per stock was listed at $8.90, and upon listing, the company had approximately 152 million shares outstanding.
–

Startup Nation had a few smaller IPOS too. And some were even held in Israel. Pulsenmore, an Israeli startup which offers a home ultrasound device for use by pregnant women, held its initial public offering on the Tel Aviv Stock Exchange TASE. The IPO brought in $40 million and left Pulsenmore with a $190 million valuation.

Glassbox, an Israeli startup that provides digital analytics for web and mobile applications, raised $100 million from its initial public offering held on Tel Aviv Stock Exchange TASE. The IPO left Glassbox with a $500 million valuation. The company also has hopes of eventually listing on the NASDAQ as well.

Founded in 2010 by COO Yoav Schreiber, Yaron Gueta and Hanan Blumstein, Glassbox boasts that it empowers organizations to create frictionless digital journeys for their customers. “Our digital experience analytics platform works in real time, across mobile apps and websites, to accelerate customer loyalty and business growth,” states the company.
–

There was one negative IPO story for Startup Nation in June. Israel’s G Medical Innovations medtech startup held its initial public offering IPO on the NASDAQ. While Startup Nation seems to have had an unbroken string of successful exits recently, even during the worldwide Covid-19 pandemic, G Medical has hit a bump on the road. The company’s stock slid 30% on its first day of trading. And this was take two for G Medical’s IPO after a failed attempt last year.

Israel’s G Medical Innovations medtech startup held its initial public offering IPO on the NASDAQ. While Startup Nation seems to have had an unbroken string of successful exits recently, even during the worldwide Covid-19 pandemic, G Medical has hit a bump on the road. The company’s stock slid 30% on its first day of trading. And this was take two for G Medical’s IPO after a failed attempt last year.

Another Israeli company that recently had IPO problems is SentinelOne. The Israeli cybersecurity firm greatly lowered its expectations for the company’s upcoming initial public offering. The New York IPO had expected to leave the company with a $10 billion valuation. But in papers filed today, on Monday, SentinelOne has dropped the anticipated valuation from their NYSE IPO to only $7 billion. But even this would leave it with a 700% increase in value over one year ago.

But here we are talking about a much smaller company which did not have trouble until after the IPO was held.

Founded in 2014, G Medical Innovations (ASX: GMV) is a next-generation mobile health company which operates in the USA, Europe, China, the Middle East and Australia. The Company has established a new and advanced manufacturing site in China, Guangdong, and operates a wholly owned subsidiary, G Medical Diagnostic Services, Inc. that provides arrhythmia monitoring and diagnostics in the USA.