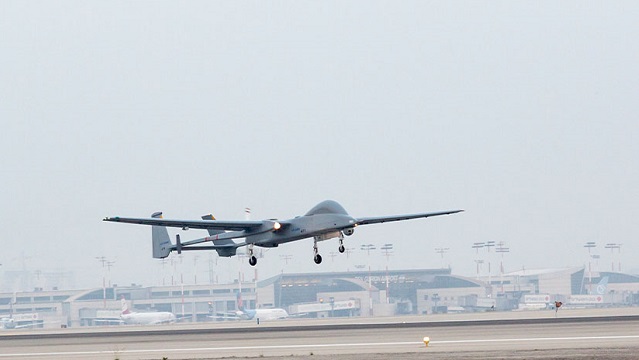 Israel Aerospace Industries (IAI) recently signed a $200 USD million contract to provide unmanned aerial systems (UAS) services to a country in Asia, relating to IAI’s Heron unmanned aerial vehicle (UAV). This is the fourth major UAS transaction that IAI has announced this year. The name of the country was not revealed.

Unmanned aerial vehicles (UAV) are also known as drones. They have become central to a nation’s defensive capabilities in recent years. The Americans used them to carry out attacks in their wars with Al Qaeda and other terrorist organizations in Afghanistan and Iraq. While successful, their use was also controversial.

UAVs can be used for both reconnaissance as well as for attacking an enemy. Israel used them last month during the fighting in Gaza.

The Heron family leads IAI’s range of UAVs. The various Heron models are used regularly for operational missions by over 20 customers worldwide. Controlled remotely from sea frigates or the seashore, the Heron supports ground and maritime missions against submarines and coastal guards. It transmits information while at sea, including between all the weapon systems participating in a mission. The Heron UAS may be fitted with LOS or SATCOM communication, and features “long runner” operational flexibility with automated remote takeoff, landing, and control with no need for deploying a control post near the runway. 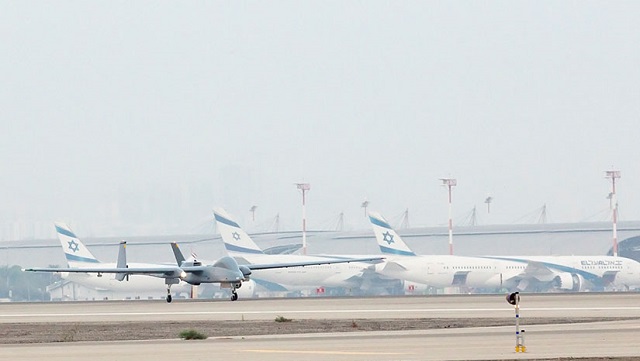 IAI President and CEO, Boaz Levy, said, “The deal is a testament to our customers’ strong satisfaction with the Heron UAVs, including their operational and technical performance. Our customers repeatedly choose the Heron for its broad range of intelligence collection missions in different ground and weather settings.”

IAI’s UAS know-how and experience have been accumulated over nearly 50 years, representing two million aggregate flight hours and over 50 customers worldwide. This expertise is in addition to IAI’s service as a center for national and global technological know-how in the areas of air defense, radar systems, satellites, remotely piloted vehicles, assault missiles, aviation, and cyber.