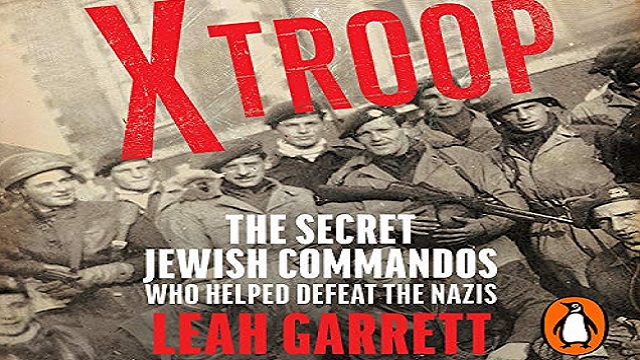 “X Toop: The Secret Jewish Commandos of World War II” is a new book from Leah Garrett. It tell the true story of how in June 1942 Winston Churchill decided to create a new unit comprised of Jewish refugees who had fled Europe because of the Holocaust.

Much has been written over the years about Jewish refugees from Nazi occupied Europe who fought for the allies in World War II. Many of them went on to fight for Israel in its war of independence. Some also took part in the hunt for Nazi war criminals after World War II in secret mission of assassination.

This book, however, tells a different story: the one about Jews who served in the special services. Many fictions have been told in many movies about secret mission conducted behind enemy lines during the war. But these are true stories. This is certainly no Inglorious Basterds.

The volunteers who joined the new unit were “a motley group of intellectuals, artists, and athletes, most from Germany and Austria. Many have been interned as enemy aliens, and have lost their families, their homes—their whole worlds. They will stop at nothing to defeat the Nazis.” The book explains how they were trained in counterintelligence and advanced combat. The top-secret unit becomes known as X Troop. “Some simply call them a suicide squad.”

The book draws on extensive original research, including interviews with the last surviving members of the unit. Author Leah Garrett follows the story of this Jewish “band of brothers” from Germany to England and back again, with stops at British internment camps, the beaches of Normandy, the battlefields of Italy and Holland, and the hell scape of Terezin concentration camp—the scene of one of the most dramatic, untold rescues of the war. 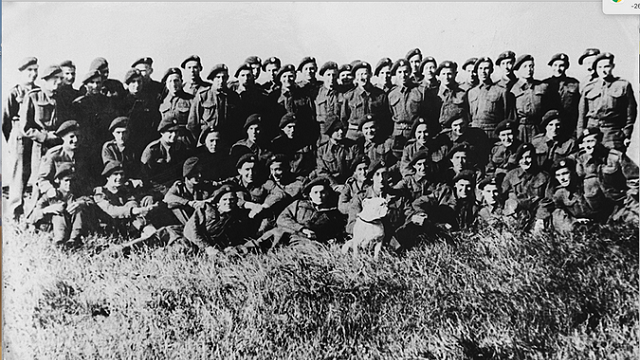 She has published four books in Jewish literary history including her most recent, X-Troop: The Secret Jewish Commandos of World War Two, with Houghton Mifflin Harcourt and Chatto (Penguin). Her book, Young Lions: How Jewish Authors Reinvented the American War Novel, won the 2017 Jordan Schnitzer Book Award for modern Jewish history and was a finalist for the National Jewish Book Award.

Dr. Garrett has also been the recipient of multiple fellowships including a Fulbright Fellowship to Tel Aviv University and an ACLS Junior Faculty Mellon.