Aquarius Engines (TASE: AQUA) has unveiled a new hydrogen engine that it boasts could someday make reliance on both hydrogen fuel-cells and fossil fuel a thing of the past. The tiny 10kg machine is based on the same technology as its original patented single-piston-linear-engine but operates exclusively on hydrogen. As governments around the world prepare to eliminate fossil fuels; Aquarius Engines states that it has successfully tested a viable replacement to the traditional combustion engine that operates on hydrogen.

Founded in 2014 by Shaul Yakobi, it’s CTO and inventor, Ariel Gorfung, its CEO, and Gal Fridman the CMO, Aquarius Engines boasts that it has designed, developed and built a “revolutionary” engine to operate motor vehicles.
–

We all know the warnings about climate change and how the internal combustion engine deserves much of the blame for it. When gasoline is burned it releases carbon monoxide into the atmosphere which contributes to global warming.

New technologies such as hybrid gas and electric vehicles offer much better overall gas mileage and a reduction in the consumption of fossil fuels. But they have not been widely adopted by the consumer. And the new Aquarius engine promises to offer an even greater reduction in the use of gasoline in the average car.

The world is also concerned with the fact that there is a finite amount of oil remaining under its surface. And countries such as Israel, which need to import pretty much all of their oil and gasoline, certainly would like to see an end to the internal combustion engine. A major reduction in oil imports will help their trade deficits and improve their economies.

As for the geo-political advantages, Americans are tired of the power and influence that their oil industries give the Arab/Muslim world. 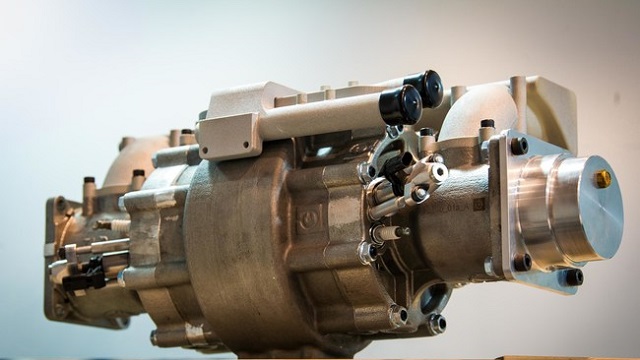 The race has been on for some time now to develop electric car engines and there have already been fully electric cars. So what is so special about the engine developed by Aquarius, given that it still uses gasoline?

Well so far electric cars do not have nearly the power nor the speed offered by gasoline operated vehicles. And the infrastructure is yet to exist to allow for the charging of electric cars everywhere. And they also have a very limited range.

“It was always our dream at Aquarius Engines to breathe oxygen into hydrogen technology as the fuel of the future. From initial tests it appears that our hydrogen engine, that doesn’t require costly hydrogen fuel-cells, could be the affordable, green and sustainable answer to the challenges faced by global transport and remote energy production. As the world moves away from fossil fuel, our new hydrogen engine could spark the dawning of the age of Aquarius,” said Gal Fridman, Chairman of Aquarius Engines.