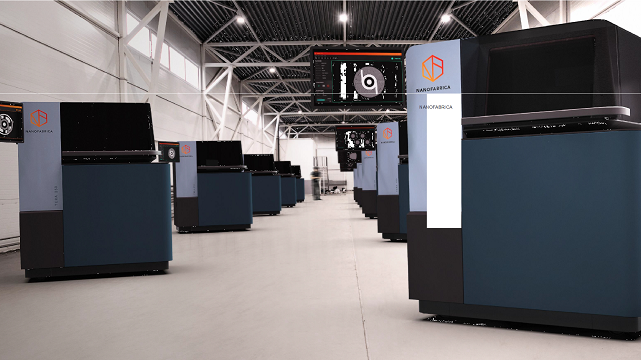 Nano Dimension, an Israeli company in the 3D printed electronics (Additively Manufactured Electronics (AME)/PE) field, has bought out fellow Israeli company NanoFabrica Ltd. a developer of new technology and turn-key systems for precise 3D-micro-printing (or precision additive manufacturing). Nano Dimension will pay the shareholders of NanoFabrica a total ranging between $54.9 million to $59.4 million. Out of that, between $23 million to $27.5 million will be paid in cash and approximately $32 million was paid in American Depositary Shares (ADSs) of Nano Dimension.

The company seems to be on a buying spree. This acquisition came just one week after it was announced that Nano Dimension bought out fellow Israeli company DeepCube Ltd. The Machine Learning/Deep Learning (ML/DL) technology was acquired for $70 million.

NanoFabrica was founded in 2016 by CEO Jon Donner, who holds a PhD in nano optics and earned a double degree in physics and electrical engineering, and CTO Eyal Shelef, who worked at Hewlett-Packard Company for 16 years in R&D, building large industrial machines and developing some of the most advanced materials for the digital printing industry as well as managing algorithm development, process control and advanced chemistry manufacturing processes. Eyal has registered over 35 patents under his name. 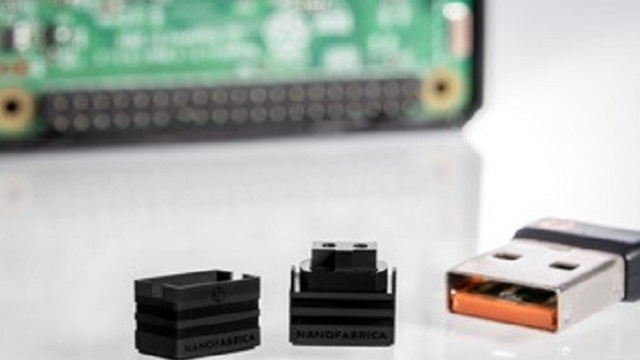 NanoFabrica boasts that it is changing the way things are made. Nanofabrica deals with precision digital manufacturing. It says that its industrial Additive Manufacturing systems have an “unprecedented micron-resolution with ultra-high features, details, accuracy, and precision– enabled by the innovative Micro Adaptive Projection technology.” The company declares that it brings the power of Additive Manufacturing to applications that require high precision such as: aerospace, electronics, automotive, medical, optics, education and more.

Yoav Stern, Chief Executive Officer of Nano Dimension, stated, “NanoFabrica fits Nano Dimension’s vertical original equipment manufacturers’ (OEM) target markets, and as such will be leveraged by the distribution channels and go-to-market efforts of both. In parallel, our mutual vision is to merge the technologies of our micro-electronic 3D-fabrications machines for Hi-PEDsTM (Hi-Performance Electronic Devices) with NanoFabrica’s micro-mechanic 3D printing. The future of Hi-PEDsTM and miniaturized high-performance printed circuit boards (PCBs) is interlaced with micro-mechanical printing applications to fit the adage “The Next Big thing is Small.”
–

“In addition,” Mr. Stern said, “NanoFabrica’s machines fit the larger picture of Nano Dimension’s vision, aiming to establish “INDUSTRY 4.0” solutions, which entail building an artificial intelligence/machine learning (AI/ML) “distributed digital fabrication application” rather than just building machines as capital equipment. The “AI/ML/DL Distributed Electronic Fabrication Application” will be furnished by additional edge devices in the form of NanoFabrica’s 3D-micro-printing systems. Eventually, the end goal is to reach a capability for maintaining an inventory of high-end PCB devices, micro-mechanical parts and Hi-PEDsTM in digital form: print them as you need them, where you need them, only the quantity you need, in the best quality at competitive prices, as it is done in highest yield and throughput possible for that point in time, specifically in high mix/low volume scenarios.”

Dr. Jon Donner said, “Today is an exciting day for NanoFabrica and for the entire field of precision manufacturing. We have set out on a mission to transform this traditional analog non-environmentally friendly industry, and by joining the segment leader, Nano Dimension, we will be able to fulfill our mission statement much faster and in more elaborate fashion. By combining the advanced capabilities of deep learning together with our manufacturing systems, we hope to improve printing speed by five times and yield by 20 times. Henceforth, by integrating our ultra-precise miniaturization capability with Nano Dimension’s Hi-PEDsTM (High-Performance-Electronic-Devices), we shall become a transformative power in our vertical markets. Nano Dimension-NanoFabrica’s combined offering will greatly increase the number of applications that can be relevant for mass manufacturing on our planned neural network of digital manufacturing systems.”