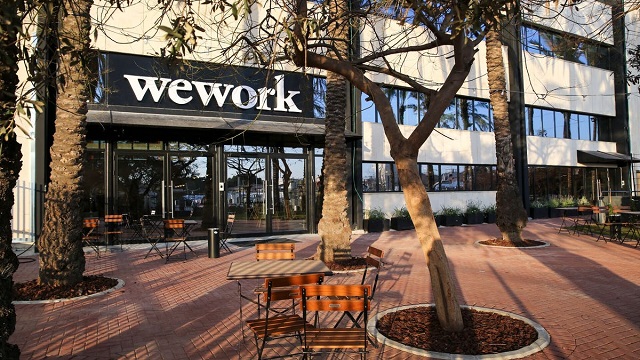 Workspace sharing company WeWork has signed an agreement with Ampa Group, one of the leading real estate companies in Israel, giving Ampa the exclusive right to operate WeWork Israel as a franchise.

The company explained that Ampa has played an integral role in WeWork’s development across the region since the company opened its first location in Israel in 2014. Seven years later, WeWork Israel has expanded to thirteen locations across six cities, providing more than 10,000 members across the country with flexible and innovative space solutions.

Ampa Group is one of the largest holding companies in Israel, active in various fields including real estate, finance, industry, agriculture, and energy. The real estate activity includes the ownership and management of more than 400,000 square meters of offices, commercial and logistics properties, with tenants like Google, PayPal and VMware.

WeWork continues to expand its operations after having gone through a disastrous period due to scandals and bad investments. Some still think that the company is doomed. WeWork stated that this Israel franchise agreement is another step for the company’s new leadership team as it streamlines the company while attempting to move forward on its path to profitability. As recently announced in its merger agreement with BowX Acquisition Corp., the company has a fully subscribed $800 million PIPE, which includes investors like Starwood Capital Group, Fidelity, Insight Partners, and BlackRock.

If you just saw the documentary about Adam Neumann, “WeWork: Or The Making And Breaking Of A $47 Billion Unicorn,” then you will know that he is charged with practically destroying the company which he founded. The Israeli born Neumann was forced out of WeWork at the end of 2019. After a meteoric rise the entrepreneur was brought down by allegations of serious drug use and sexual improprieties. These included stories of drug use and wild sexual activities taking place aboard private jets paid for by the company and while on company business. Women said that they were sexually assaulted during such flights.
–

A company’s mission, values, ethics, and workspace all play into its culture.

Here’s our approach to creating a work environment that everyone on your team can get on board with. #wework https://t.co/2FGNOrNbRb

So WeWork was forced to delay its IPO and after picking up the pieces is hoping to try again.

Sandeep Mathrani, CEO, WeWork sid of the deal,  “As the world begins to emerge from the pandemic and the demand for flexible, turn-key space solutions at scale continues to grow, WeWork’s product is more relevant than ever before. With its proven track record and in-depth understanding of the market, Ampa is the right partner to not only strengthen our business in Israel, but also propel it forward.”
–

Shlomi Fogel, Chairman, Ampa Group, said, “Being WeWork’s local partner for the past seven years, we are excited to start operating WeWork Israel exclusively. We have full confidence in the WeWork product as the global leading solution for flexible spaces. We believe that the Ampa team together with the WeWork local team will strengthen and expand the business in the Israeli market, especially considering the challenges post COVID-19.”

The Israel franchise deal is expected to close by the end of the second quarter and is subject to customary closing conditions and regulatory approvals.