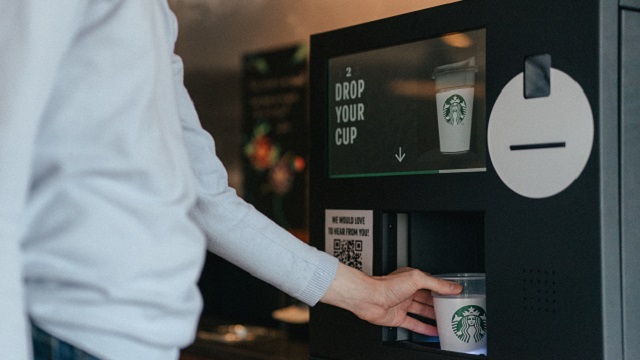 Starbucks has a new way to help improve the environment and fight climate change. The world’s biggest coffee provider is now asking people to return their used coups. The new initiative is simply and aptly called the “Borrow a Cup Program.”

We all use disposable cups just about every day. And they are not just used for coffee. The cups can be see strewn about just about everywhere and are a major part of litter. They are also an environmental problem as they then need to be collected and sent with all of the other trash to landfills. And their production means more trees getting chopped down and more carbon emissions getting released into the environment.

This may sound unsanitary, but the cups will be reusable ones. Starbucks’ says that this new initiative is part of the company’s efforts to go green. Basically Starbuck’s customers will be able to take a reusable cup. The cup can be borrowed for up to two months. The program will be tested first in five Starbucks stores in Seattle. Each reusable cup will spare the use of 30 disposable ones. The company says that it hopes it has committed to a goal of reducing waste by 50% by 2030.

Customers will receive a $1 credit when they return a cup.

The company is partnering with Seattle-area service, Ridwell, to offer customers an at-home option to return their borrowed cup. While technically, Starbucks cups can be recycled under the right circumstances, they can only be used once. Starbucks has partnered with GO Box, a reuse system operator and service provider, to collect borrowed cups from stores daily, professionally clean and sanitize them using commercial dishwashing equipment, and put them back into circulation within 48 hours.

???? Here are the top things to know about Starbucks pilot cup program that launched in select stores in Seattle and Starbucks Korea’s announcement to reduce its carbon footprint by 30%, eliminating single-use cups from all stores by 2025: https://t.co/Ob59Pwvht9

“Promoting reusability is an important part of Starbucks goal to reduce waste by 50% by 2030,” said Michael Kobori, Starbucks Chief Sustainability Officer. “We understand the interdependency of human and planetary Health, and we believe it is our responsibility to reduce single use cup waste. We will lead the transition to a circular economy.”

“Starbucks Borrow A Cup program is an important step in advancing circular packaging solutions and reuse models that reduce our reliance on single-use materials and keep valuable resources in play for as long as possible,” says Kate Daly, Managing Director of the Center for the Circular Economy at Closed Loop Partners. “As a Founding Partner of our NextGen Consortium, which advances the design, commercialization and recovery of sustainable packaging alternatives, Starbucks is helping to pave the way for a waste-free future for the foodservice industry.”