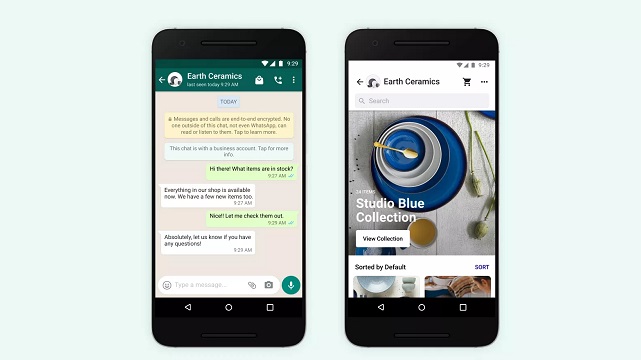 WhatsApp is once again updating its privacy policies. Or is it just offering, once again, a new clarification of the changes which it has made for the last time, for the first time? Confused? So are we.

So Facebook decided to implement a policy change which would have its subsidiary WhatsApp share users’ information with the parent company. WhatsApp updated its terms of service agreement which to include the sharing of users’ data with Facebook. And to say that its users were not happy about that would be an understatement.

WhatsApp lost millions of customers over its new user policy. According to The Guardian, the company went from being the eighth most used in the United Kingdom on January 1st to being only 23rd most used on January 12th.

Since the brouhaha over the change, WhatsApp has been out doing damage control, trying to allay people’s fears and saying that its new user’s agreement will not affect people’s privacy. Its tweets and ads emphasize that it is the only service to guarantee end to end encryption for its users.

The company has released yet another blogpost to try and clarify the situation.

“We’ve reflected on what we could have done better here. We want everyone to know our history of defending end-to-end encryption and trust we’re committed to protecting people’s privacy and security,” stated WhatsApp. “We’re now using our Status feature to share our values and updates directly within WhatsApp. We’ll be doing much more to make our voice clear going forward.”

Nothing comes between you and your privacy. Messaging with a business is optional, and their chats are clearly labeled on the app. You are in control.

WhatsApp also explained to its users how it can continue to be a free service. People need to remember that when a product is free, they are in effect the product, Both Facebook and WhatsApp make their money by using your info to generate targeted ads. People need to remember that “you get what you paid for” does not just mean that a really cheap washing machine or refrigerator is more likely to break down more often and offer fewer functions than an expensive one.

It also means that that the business in question may have ulterior motives in mind when giving such a big discount or providing a free service.

For example, a hotel resort might offer cheap deals with free buffets, but all drinks including coffees will cost a lot and all of the extra services and activities will cost extra. And the resort is in a remote location so there is no competition for these things.

WhatsApp also had a response to competitors who have been trying to poach away its users over their privacy concerns. Reminding users that it is still the only service to offer full end to end encryption, the company stated that it believes that people look for apps which are both reliable and safe, “even if that requires WhatsApp having some limited data. We strive to be thoughtful on the decisions we make and we’ll continue to develop new ways of meeting these responsibilities with less information, not more.”

WhatsApp offers an explanation of all of its policy changes here.