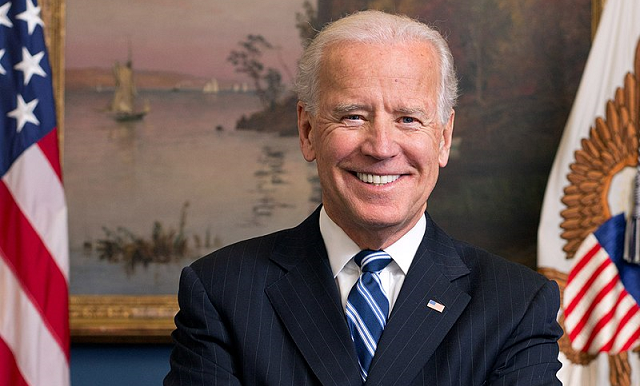 Once sworn in, President Joe Biden will not waste any time in working to undo much of outgoing President Donald Trump’s policies. He intends to issue as many as 17 different executive orders during his first hours serving as President of the United States.

Incoming White House press secretary Jen Psaki said that the orders will be signed by the new President in the Oval Office on Wednesday afternoon.

President Biden’s first acts will be to sign executive orders, memoranda and directives to agencies specifically regarding how the American government handles the Coronavirus crisis. This is in stark contrast to Mr. Trump who left office still calling it the China virus.

One new policy will be a mandate requiring all people to wear masks while on Federal property. President Trump defiantly refused to wear a mask and even went so far as to mock people who did. He famously implied that Joe Biden was weak for doing so. Mr. Biden will also install a coronavirus response coordinator to oversee his administration’s efforts to distribute vaccines and medical supplies.

President Biden will also put an end to the construction of President Trump’s border wall with Mexico. This wall, which was central to the Donald Trump 2016 presidential campaign and possibly his biggest campaign promise, was never completed. Nor did the Mexican government pay for any of it as was promised. In his last weeks in office and after the attack on the Capitol by his supporters Mr. Trump visibly paid a visit to check on the continued construction of his wall. Halting its construction will really be a slap in the face to Mr. Trump.

President Biden is also expected to end the travel bans on largely Muslim countries which were imposed at the very beginning of Donald Trump’s presidency. He also intends to rejoin the Paris climate accord and block the United States’ departure from the World Health Organization which Donald Trump was in the process of doing.

“In the coming days and weeks we will be announcing additional executive actions that confront these challenges and deliver on the President-elect’s promises to the American people, including revoking the ban on military service by transgender Americans, and reversing the Mexico City policy,” Jen Psaki said in a statement.

Other actions will include advancing racial equity through the federal government, strengthening workplace discrimination protections based on sexual orientation and gender identity, defending the “Dreamers” program for undocumented young Americans, end the Keystone XL pipeline and revoke oil and gas development at national wildlife monuments, the extension eviction and foreclosure moratoriums and the formulation of a new Executive Branch ethics doctrine.