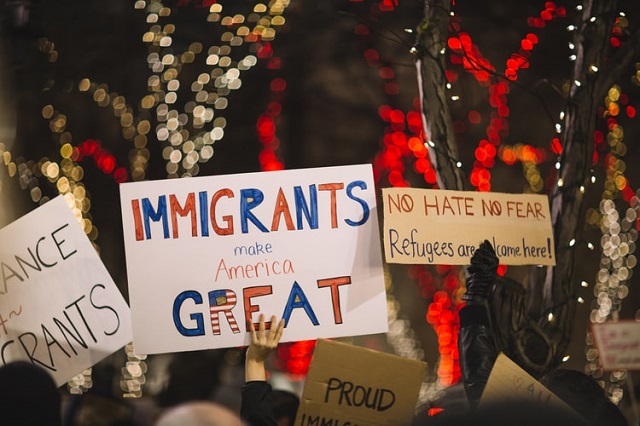 Google has put up $250,000 to help applicants for the Deferred Action for Childhood Arrivals (DACA) program. This citizenship program is for people who were not born in American and who do not have any official immigration status in the country, but who have lived there since they were children. Known as Dreamers, the applicants were generally brought to the U.S. by their families when they were still very young.

The company will pay the $495 application fee for 500 DACA applicants.

In a statement Google said, “We believe it’s important that Dreamers have a chance to apply for protection under the program so that they can safeguard their status in the United States. But in the middle of a global pandemic that has led to economic hardship, especially for the many immigrants playing essential roles on the front lines, there is concern that many Dreamers cannot afford to pay the application fee.”

The company’s president of global affairs Kent Walker said that Google know this is just a temporary measure. He called for new legislation on immigration reform.

“We need legislation that not only protects Dreamers, but also delivers other much-needed reforms,” he said. “We will support efforts by the new Congress and incoming Administration to pass comprehensive immigration reform that improves employment-based visa programs that enhance American competitiveness, gives greater assurance to immigrant workers and employers, and promotes better and more humane immigration processing and border security practices.”

We demand citizenship for all undocumented people in the U.S., the defunding of ICE & CBP, a moratorium on deportation and enforcement, and more. There is no time for excuses! We will fight to ensure Congress acts now on delivering on our demands!https://t.co/5aY0YiTA7Z

President Elect Joe Biden has promised that he will reverse the immigration policies of the Trump administration. President Trump famously ran for election on a pledge to build a wall along the border with Mexico. Once in office he increased the activities of American immigration officials who search for and detain undocumented immigrants. Donald Trump also opposed the DACA program.

Vice President Elect Kamal Harris has tweeted, “Day one @JoeBiden and I will act to get Covid-19 under control and save American lives. We`ll take action to protect Dreamers and send a bill to Congress with a roadmap to citizenship for 11M undocumented people.”