Trump tweeted 5.7 times per day on average during his first half-year in the White House and that had grown to 34.8 times a day on average during the second half of 2020. So, with days of his presidency remaining and his megaphone seemingly silenced, where does Trump go from here? He still has the White House press briefing room at his disposal along with his press team. It may well be that Trump will return to the piece of technology that made him a star in the first place – television. If mainstream news organizations follow Twitter’s move and decide against airing the president’s grievances, he may continue to struggle to dictate the national conversation on his own terms without access to his favorite social media platforms. 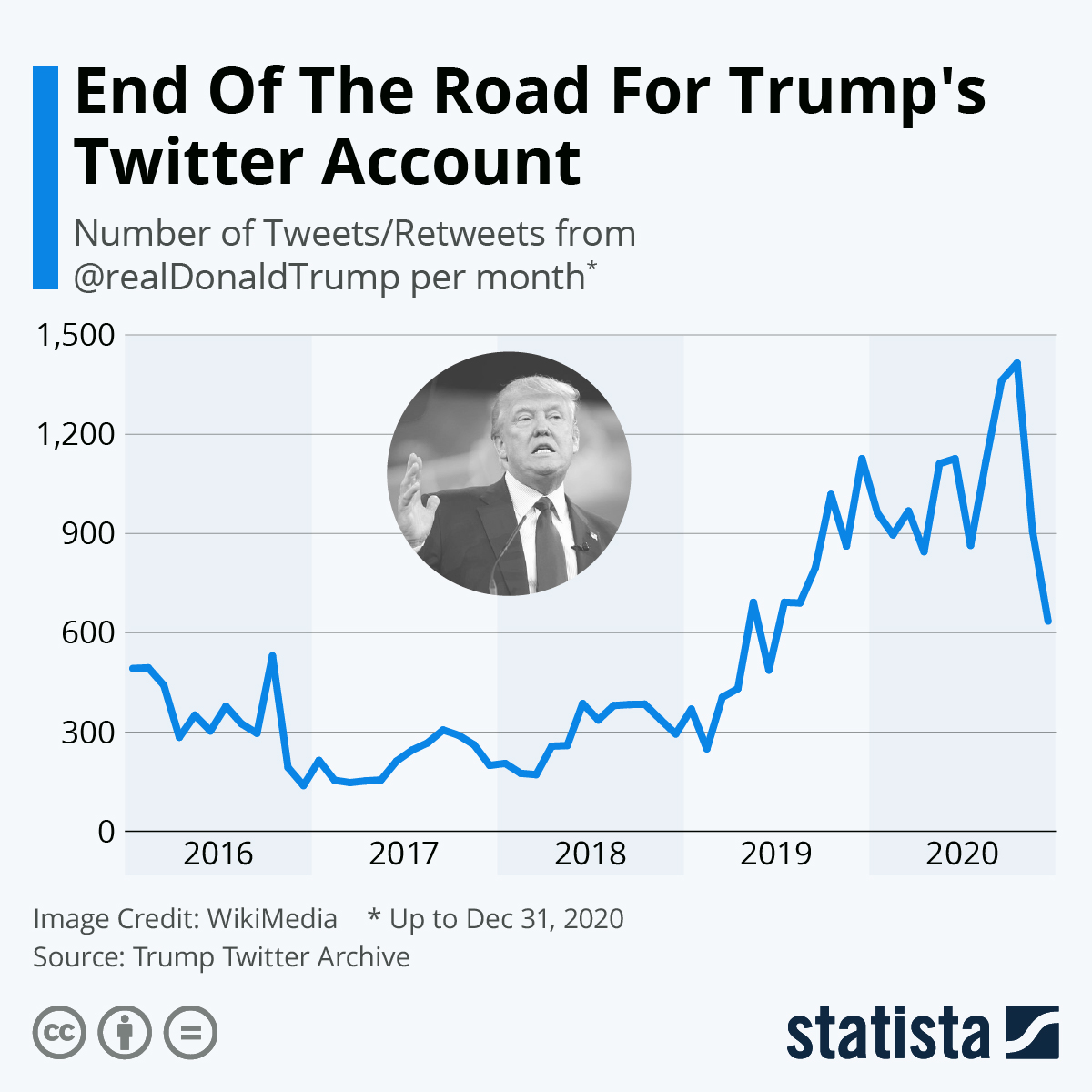