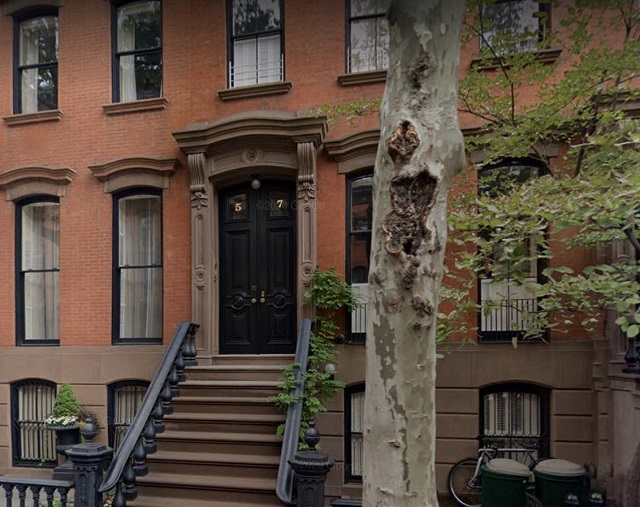 Paul Simon has cut $2 million off the asking price for his New Canaan, Connecticut, estate, which is now listed for $11.9 million. Meanwhile Hollywood power couple Sarah Jessica Parker and Matthew Broderick have sold their West Village Townhouse in Manhattan for $15 million, down from $19 million first asked.

Some observers site the drop in real estate values resulting from the Coronavirus crisis as a reason for these celebrities to cut their asking prices.

Mansion Global reports that Paul Simon bought his Connecticut home back in 2002 for $16.5 million. So that would come to a loss of $4.6 million at the new selling price and that does not even take into account inflation.

Its main house was built in 1938 and has 8,525 square feet of space, six bedrooms and eight full bathrooms. There are also five wood-burning fireplaces. A formal living room that “boasts an entire wall of floor-to-ceiling built-in bookshelves and a kitchen with a rounded breakfast nook, perfect for Sunday brunch. An airy sunroom is also an ideal spot to enjoy the outdoors while escaping the elements.”

The property also has a swimming pool and a 2,400 square foot guesthouse. Whoever buts the estate will also be buying a piece of history as Paul Simon reportedly recorded his last four albums in the Guest house which he used as a recording studio.

Mathew Broderick and Sarah Jessica Parker were also forced to drop the price on their West Village townhouse. The couple had originally asked for $19 million for the property. They first bought the home located on Charles Street back in in 2000 for only $2,995 million. So at least they still made a big profit on the property.