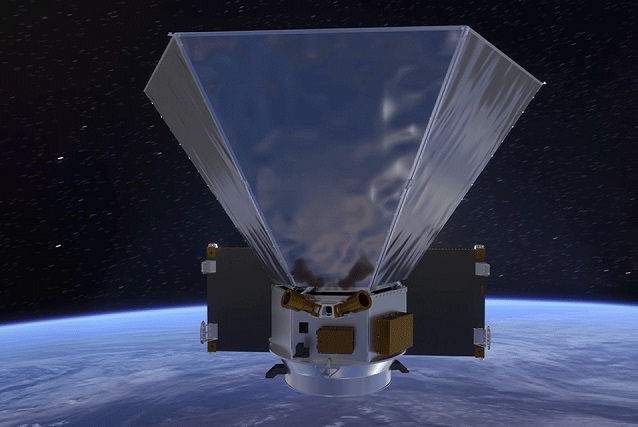 NASA’s SPHEREx — the Spectro-Photometer for the History of the Universe, Epoch of Reionization and Ices Explorer – is getting closer to its launch date. NASA has approved the preliminary design plans and will begin creation of its final, detailed design, as well as on building the hardware and software. Once completed and launched, SPHEREx will study the rapid expansion of the universe after the big bang, the composition of young planetary systems, and the history of galaxies.

Science fiction becoming science fact, scientific theory becoming proven fact, as we move further forward into the 21st century humanity sees more and more leaps in knowledge of the universe and ourselves. NASA has gone from sending the first American into space, to landing the first man on the moon, to finding water on the moon, asteroids filled with valuable ores which one day could be mined to finding out the answers to the secret of the Universe’s creation in just sixty years.

Actually, SPHEREx will have three goals. The first will be to look for evidence of something that might have happened less than a billionth of a billionth of a second after the big bang. This event, which scientists believe happened billions of years ago and brought the universe into existence, may have been followed by an instantaneous expansion of matter growing the cosmos by immeasurable size.

By mapping the position of billions of galaxies across the universe relative to one another and looking for statistical patterns caused by this scientists hope to understand the physics that drove the expansion.

The second goal is to study the history of galaxy formation, starting with the first stars to ignite after the big bang and extending to present-day galaxies. SPHEREx will do this by studying the faint glow created by all the galaxies in the universe. By making maps in many colors, SPHEREx scientists can work out how the light was produced over time and start to uncover how the first galaxies initially formed stars.

Also, SPHEREx will look for water ice and frozen organic molecules around newly forming stars in our galaxy. Water ice gloms onto dust grains in cold, dense gas clouds throughout the galaxy. Young stars form inside these clouds, and planets form from disks of leftover material around those stars. By studying this NASA will be able to determine how many stars in the galaxy have planets orbiting them.

Managed by NASA’s Jet Propulsion Laboratory in Southern California, SPHEREx is scheduled to launch no earlier than June 2024 and no later than April 2025. Its instruments will detect near-infrared light, or wavelengths several times longer than the light visible to the human eye. During its two-year mission, it will map the entire sky four times, creating a massive database of stars, galaxies, nebulas (clouds of gas and dust in space), and many other celestial objects.

About the size of a subcompact car, the space telescope will use a technique called spectroscopy to break near-infrared light into its individual wavelengths, or colors, just like a prism breaks sunlight into its component colors. Spectroscopy data can reveal what an object is made of, because individual chemical elements absorb and radiate specific wavelengths of light.

It can also be used to estimate an object’s distance from Earth, which means the SPHEREx map will be three-dimensional. SPHEREx will be the first NASA mission to build a full-sky spectroscopy map in near-infrared, and it will observe a total of 102 near-infrared colors.