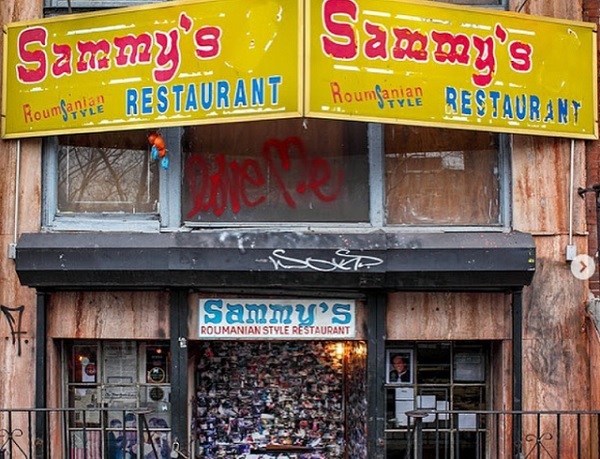 Sammy’s Romanian Steakhouse in Manhattan is shutting down because of the Corona Virus. But the famous restaurant’s fans can be reassured as owner David Zimmerman promises to reopen in a different location.

Restaurants around the world have suffered due to the Coronavirus crisis. But this is especially true for ones in New York City where both state and local authorities have taken a much more serious approach to Covid shutdowns then has been the case elsewhere in America. Located on Chrystie Street, Sammy’s Roumanian Steakhouse has been a staple of Manhattan’s Lower East Side for years.

New York City prohibited indoor dinning, requiring its eateries to offer more outdoor seating. But not every location had enough space to do so. And now that it is winter in New York, with sub-freezing temperatures and snow storms, outdoor dining just isn’t feasible.
–

David Zimmerman told his patrons in an open message, “It is with great sadness that we announce that the rumors are true and we have had to shut the doors to the infamous basement. Without question it has been the toughest year for all of us and everyone in our industry. We can’t wait and hope to see everyone enjoying latkes, vodka, chopped liver and steaks once again. We need this horrible time to pass and bring Sammy’s back so we can celebrate again.”

Sammy’s appreciated the outpouring of sympathies from fans saying in an Instagram post, “We are so overwhelmed by your photos, videos and messages of support over the past couple of days. It really is heartwarming. Thank you.”

Its menu was filled with clichéd Jewish style NY dishes like chopped liver, kishka, and a Jewish breaded veal cutlet. Being kosher or not is not an issue for these kinds of restaurants which have been dying out in recent years. Nor did their menus necessarily represent anything distinctly Jewish from before the massive of East European Jews came to America around the start of the Twentieth Century. But they symbolize the Jewish American subculture which came into being in New York’s Lower East Side. 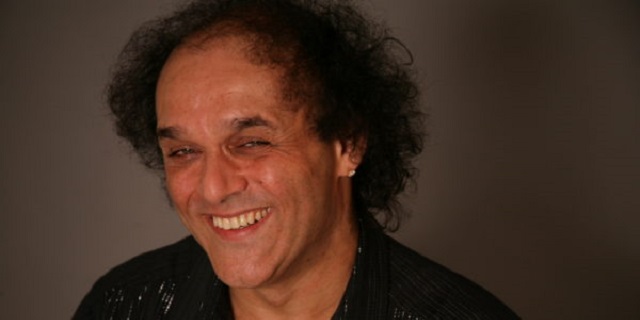 Sammy’s Roumanian Steak House offered in-house entertainment provided by musician Dani Luv. Luv is also known as the troubadour of the lower east side. His show consists of Jewish American NY stile jokes, Don Rickles’ and Jackie Mason type, and Jewish-themed tunes like a parody of “Hey Jude” to “Hey Jew, make a sad song even sadder.” Hebrew songs warm the room and then before long Dani had everyone in a circle dancing the hora to “Hava Nagila.”

Grub Street explained the appeal of the restaurant. It said that Sammy’s, “always felt less like a restaurant and more like a test of endurance. …Sammy’s helped put more than a few cardiologists’ kids through college. It has ‘house’ in the name, but it was really a den of schmaltz-covered, Ashkenazi fun. A dark and dingy place that was nevertheless bursting with life. A night at Sammy’s felt like a Lynchian bar mitzvah, all scored by Dani Luv, standing behind his keyboard, making sure every song he did from the Great American Songbook was Jewish, whether or not it was actually written by a Gershwin. One evening at Sammy’s was frankly a rite of passage, and it could make everyone appreciate the Lenny Bruce line, ‘It doesn’t matter even if you’re Catholic; if you live in New York, you’re Jewish.’”