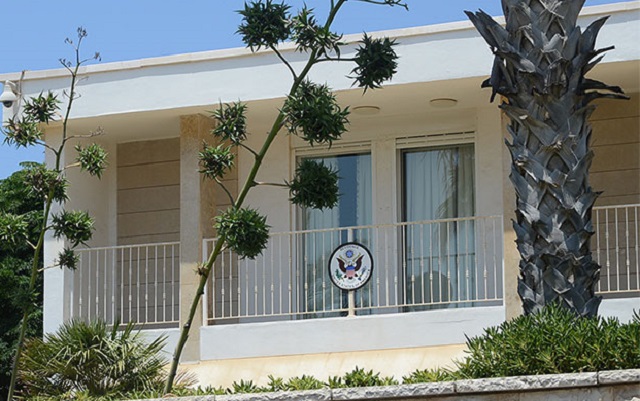 According to official records, the American Ambassador’s residence in Israel, located in the seaside town of Herzliya, was sold last July for $67 million to billionaire casino mogul Sheldon Adelson.

Located at 40 Galei Tachelet Street in Herzliya Pituah, the house has 10,000 square feet of space on a 50,000 square foot lot. The house was built in the 1960s on the eastern part of the lot, with sloping gardens to the west and a sea view.

According to Globes, Galei Tachelet Street in Herzliya Pituah is considered Israel’s most expensive residential street. Some of the wealthiest people in Israel live there. The street is in the western part of the town and runs along a cliff overlooking the sea. Many foreign nations’ ambassadors have residences in the city.

Globes has identified the buyer as the U.S. casino magnate Sheldon Adelson. According to AP, records from Israel’s tax authority show that the official residence was sold for NIS 230,353,536, which equals $67,592,000 according to the sale date’s official exchange rate.

In September the State Department released a statement on the matter saying that the residence’s buyer was selected “solely on the basis of having submitted the highest and best offer. The selected buyer and the unsuccessful bidders have been notified.”

The home was sold after the American government moved its embassy in Israel to Jerusalem from Tel Aviv.

The question which political observers are now asking is why did Mr. Adelson pay so much for the property? The quick sale can be understood as a move to ensure the finality of America’s recognition of Jerusalem as Israel’s capital. It can also be understood why Sheldon Adelson, a close supporter of President Trump who donated a great deal to his reelection campaign, would agree to buy it. But for $67 million?