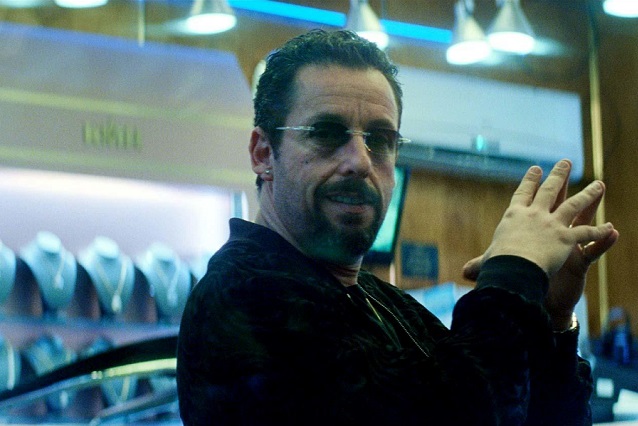 OK, we know it’s really Christmas week. But as Jews we call it the holiday week. Like if you grew up in America and went to a Jewish school the ten days or so that you got for vacation this time of year was always called the “holiday break.”

Well whatever you want to call it, if you live anywhere but Israel then you probably have a lot of time on your hands this coming week. That is since the Coronavirus shutdowns mean no traveling, no going to the mall just to hang out and most importantly, no movie theaters.

So here are some Jewish movies to enjoy during the break. We are leaving out documentaries because no matter how good they may be, they don’t ever feel like entertainment. If you want to get educated this week watch National Geographic or the History Channel.

(Please note that most of these movies will be available on a live streaming service. But the availability of Netflix, Hulu and others varies in different countries as do the library of content that the services offer. So you may only find these movies available for rental streaming. Unfortunately, some movies may not be available at all in some regions.)

This is a delightful little Israeli movie about a group of women soldiers serving on a base in the middle of nowhere. The base is in the Negev desert and Israelis will know where it is. But the idea here is to show how even soldiers can get bored out of their minds when serving somewhere remote in office jobs.

The women soldiers here all work in the base’s human resources offices. Zero Motivation is not only a women’s film, it is also directed by a woman. It is the first feature film directed by Talya Lavie.


Menashe was filmed in New York and is mostly in Yiddish. There have been a few to many movies and TV series recently, like Unorthodox, which show the negatives of the Hassidic world. Menashe, however, is not critical, but honest.

The lead character Menashe is a sad sack widower working in part time jobs. He has one son, but his community believes that a child should not be raised by a single father. So the boy lives with his relatives while his father gets visitation.

You can think of this movie like a big Rorschach test: You interpret the characters depicted in it through the prism of your own biases.


This little gem of a movie stars Adam Sandler as a Jewish diamond merchant in New York. He is also a sports gambling addict and owes a lot of money to his brother-in-law. The film follows Sandler through a day of his life as he scrambles to close deals and get the money which he desperately needs.

Everything is tied to an uncut stone which he bought with the borrowed money. Sandler thinks that he can sell it for a huge windfall.

Uncut Gems is not exactly a Jewish themed movie, but it has a lot of Jewish activities going on.

Footnote is the Israeli Oscar nominated director Joseph Cedar. It is ostensibly about a middle aged man’s difficult relationship with his father. But it is really about — so much more.

The movie is about the generational gap. Lior Ashkenazi plays academic Uriel Shkolnik who followed in his father’s footsteps. But he clearly takes a different way in life’s other areas. Uriel is also disappointed with his own young son’s lack of direction in life.

Meanwhile his father, Eliezer Shkolnik, Shlomo Bar-Aba, is a somewhat surly man who is neither liked nor respected by his peers. His son has never understood why the father has been treated this way.

All throughout we say the ways in which Israeli society has changed. The father lives in an old apartment in the Jerusalem neighborhood of Rehavia. Rehavia was once the center of Israel’s intelligentsia; its close proximity to the Hebrew University campus made it the perfect place for professor there to live. But now the area, being in the central part of th city, has seen its old building renovated and expanded one by one and turned into luxury apartment complexes.

The inside of Eliezer Shkolnik’s home also shows how he depicts old Israel. It is filled with old uncomfortable furnishings dating back to the 1950s. The shelves are stuffed with folders and old journals. Entering it would be like entering a time capsule.

If you are looking for an adorable little independent movie that is both sweet and accurate as to how it depicts the American Jewish family experience on the Seder night, then When Do We Eat is the movie for you. It stars career Jewish character actors Michael Lerner and Lesley Anne Warren as the parents hosting the Seder for their kids. The cast is rounded out with other notable Jewish Character actors like Shiri Appleby, Ben Feldman and Israeli actress Mili Avital. It also includes highly underrated Israeli actor Mark Ivanir (he played Goldberg in Schindler’s List) and the late great Jack Klugman as the grandfather.

Have you seen any of those movies which show families getting together on Christmas? They always show people who only see each other on the holidays and get into arguments over all of their old family baggage. Well for a lot of Jews this is what happens at the Passover Seder.