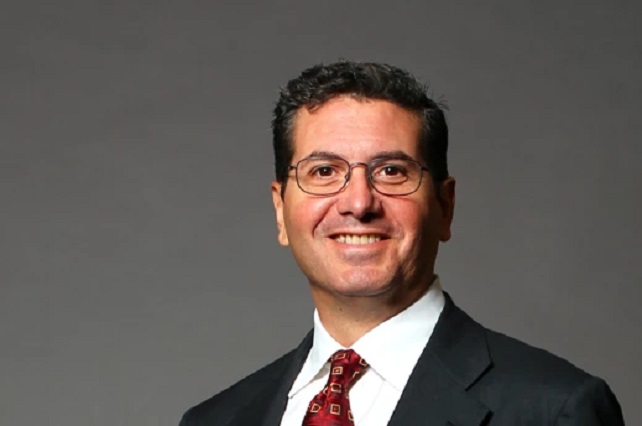 The Washington Football Team owned by Daniel Snyder paid $1.6 million in a settlement over sexual misconduct accusation made against Snyder. The money was paid to a former employee of the team formerly known as the Washington Redskins over allegations that Mr. Snyder committed unwanted sexual acts of some form while riding on a private plane with her in 2009, reports the Washington Post.

Allegations of sexual assault and harassment on the part of people in management positions with the NFL’s Washington Team have been rampant for years. But this is the first time that Dan Snyder himself has been unmasked as an offender.

The Washington Post says that, according to a copy of the settlement obtained by the newspaper, accusations were made about something she said Dan Snyder did on a plane ride while they were returning from the 2009 Academy of Country Music Awards in Las Vegas. The identity of the person who filed the complaint was not revealed, but she was said to have been fired from the team “for cause.”

The settlement agreement was made in July of 2009. Since last summer dozens of women have come forward with their own accusations of sexual harassment committed by Washington Football Team officials.

Snyder’s business partners called it “a serious accusation of sexual misconduct” in a court filing Monday as part of a dispute among team owners.
–

Forty women have come forward this year saying sexual misconduct has been rampant in Washington’s organization during Snyder’s ownership. Allegations include Larry Michael, a former team broadcaster and executive, requesting outtakes from cheerleader video shoots in 2008 and 2010—allegedly at Snyder’s behest.

Dan Snyder claimed in the past that he was not involved in any wrongdoing himself releasing a statement over the summer saying, “While I was unaware of these allegations until they surfaced in the media, I take full responsibility for the culture of our organization.”

According to a recent report these problems may cost Dan Snyder a pretty penny. The co-owners of the Washington Football Team, Frederick W. Smith, the chairman of FedEx, financier Robert Rothman and Dwight Schar, who own 40% of the team between them, are fed up and demanding a buyout, reports the New York Times. They could get as much as $900 million for their part of the team.

The junior partners have already made filings against Dan Snyder. They are also angry with how he handled the team during the beginning of the Coronavirus crisis when he canceled their dividend payments.