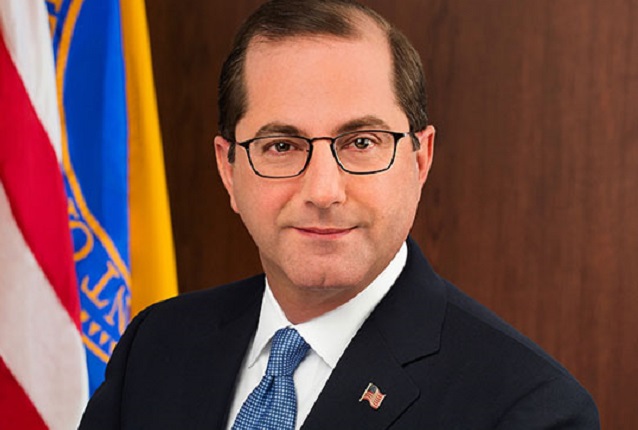 Alex Azar, America’s Secretary of Health and Human Services, just got the Coronavirus vaccine on live television. He took the Moderna Covid-19 vaccine together with Dr. Anthony Fauci. This happened just as the U.S. House of Representatives subpoenaed Alex Azar as part of an investigation into what some lawmakers believe was politically motivated interference by the White House in how the CDC responded to the Coronavirus pandemic.

The older national political figures from both parties had public vaccinations to reassure those Americans who fear that the vaccinations may be harmful to their health.

Secretary Azar tweeted “We believe it’s important to publicly receive the vaccine as part of our efforts to demonstrate that these vaccines are safe and effective.”
–

While President Trump continues to take credit for the vaccinations becoming available only because of his project Warp Speed which provided funding for research, many point out that the vaccinations were already in the works before the project began. And Democrats have been sharply critical of how the White House politicized the country’s Covid-19 response, with some accusing the President of putting his political image in an election year ahead of saving American lives.

The critics have also alleged that the White House prevented career medical professionals in government agencies like the Centers from Disease Control from doing their jobs. This has led to a Congressional investigation, including the subpoena of Secretary Alex Azar.

“Over a period of four months, as coronavirus cases and deaths rose around the country, Trump Administration appointees attempted to alter or block at least 13 scientific reports related to the virus,” the House Select Subcommittee on the Coronavirus Crisis said in a letter.

A spokesperson for HHS denied the allegations saying, “While the administration is focused on vaccination shots, the Subcommittee is focused on cheap shots to create headlines and mislead the American people.”

Meanwhile, Alex Azar continues to call on people to social distance and wear masks, in contrast to President Trump. He also says that this will be necessary even after being vaccinated.

In an interview with Fox and Friends Secretary Azar said, “We’re still studying some fundamental scientific questions though, such as, once you’ve been vaccinated, do you still need to wear a mask to protect others, could you still be carrying the virus even though you’re protected from it?”

“If you’re getting vaccinated right now, still social distance, still wear a mask, but all these have to be data and science-driven, so we’re working to generate the data there so that as we go forward, we’ll be able to advise people on a foundation of data,” Azar added.

In this article:Finance, Coronavirus, COVID-19