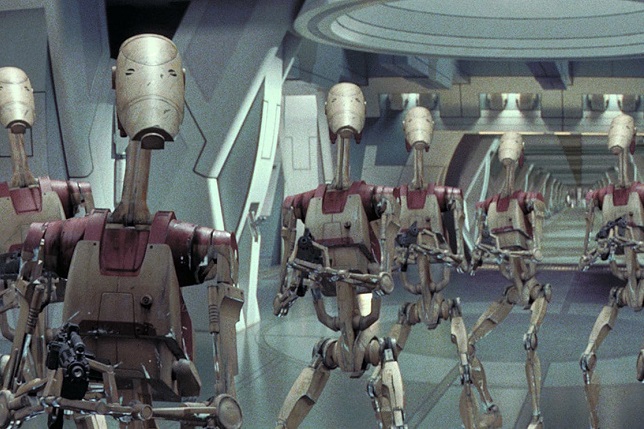 The French army may be developing its own robotic soldiers. Or maybe turning its own soldiers into cyborgs, human-machine hybrids. In any event, England’s The Sun has reported that France is to develop super soldiers that can resist pain, stay awake longer and have boosted brain power and hearing.

We are already seeing the development of smarter more advanced drones which can perform dangerous tasks instead of risking people’s lives. The Americans have been using drone missiles to strike against terrorists for years. As the drone and robotics technologies advance the natural outcome will be humanoid robots who can do anything dangerous for us, including fight wars.

But robots cannot think for themselves and must be controlled by operators. So another possibility is the integration of technology with the human body. But how would this work?

Well in France the authorities have approved the use of medical treatments on members of its armed forces. These treatments would include prosthetics and implants that improve “physical, cognitive, perceptive and psychological capacities.” Soldiers could also be implanted with tracking devices as well as tech which will allow them to control new types of weapons wirelessly.

The French have also approved the use of medical treatments on soldiers which would prevent pain, stress and fatigue.

No this is not some fantastical fiction out of “The X Files,” or “The Twilight Zone.” This is real. Technology really has advanced this far.

A popular television show in the 1970s was the “Six Million Dollar Man.” It was about a cyborg, a man who, after losing limbs in an accident, was given robotic legs. He also had a robotic right arm and right eye.

But in that show the man was chosen for the experimental tech after he had already lost his leg s and arm. Today we are talking about getting healthy people to volunteer to have physical augmentations.

People do have reasons to be concerned by the ethical implications. And soon the possibility of robots or cyborgs becoming a threat to humanity like in the movies will no longer be so farfetched.

France’s Armed Forces Minister Florence Parly spoke about the morality of these plans.

“But we have to be clear, not everyone has the same scruples as us and we have to prepare ourselves for such a future,” she said. “It’s an opinion which isn’t set in stone and will be regularly reassessed in the light of future developments.”