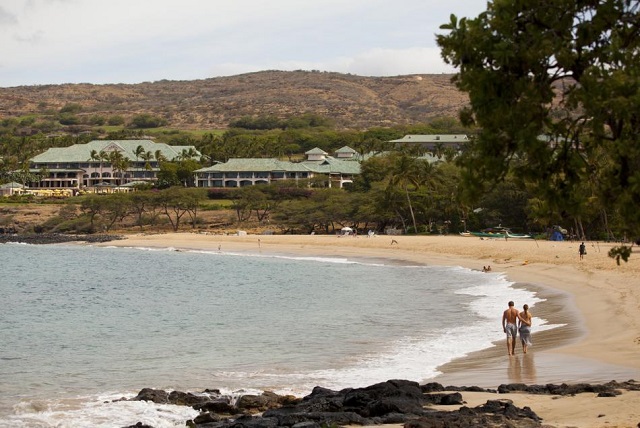 Larry Ellison, the billionaire head and co-founder of Oracle, has moved to the Hawaiian island of Lanai, relocating from California. Ellison already spent more than $500 million on buying up 98% of Lanai and developing his own self-sustainability experiment there.

This may serve as a bit of compensation for Ellison’s losing out on acquiring a new American TikTok company earlier this year. Let’s hope for his sake that all that effort and expense was worthwhile as global warming may cause sea levels to rise so high that half the island may soon be underwater.

But who does not want to retire to a place like Hawaii? Especially a small tropical island with your own private places. And with his money, the 76-year-old Larry Ellison can close down the island to tourists and have it all to himself and his guests, while still giving all of the resort workers the time off as a paid vacation. After all, he does have an estimated net worth of $75 billion.

Lanai is Hawaii’s sixth largest island and now has mainly luxury hotels and resorts owned by Larry Ellison. Ellison is currently the employer of most of the island’s 3,000 residents. 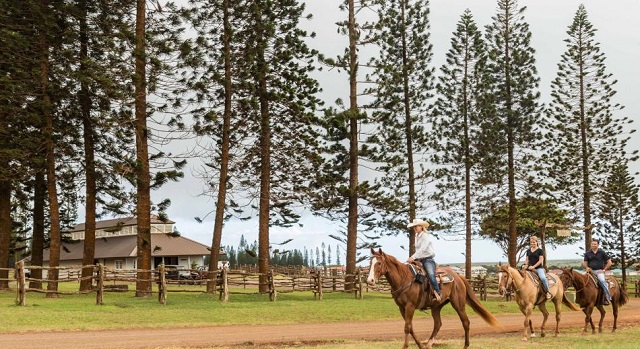 According to GoHawaii.com, Lanai is the smallest inhabited island in Hawaii and offers big enticements to visitors. It is only nine miles from Maui, ”yet a world away, Lanai can feel like two places. The first is found in luxurious resorts where visitors can indulge in world-class amenities and championship-level golf.”

The other, says the website, is found bouncing along the island’s rugged back roads in a 4-wheel-drive vehicle to explore off-the-beaten-path treasures. This is where, “you’re sure to find serenity, adventure and privacy on any of the three regions of Lanai.”

Hawaii.com says of Lanai that people seeking, “peace, tranquility and an escape from the busyness of everyday life will find their solace in the serenity offered by Lanai.”

Originally an island-wide pineapple plantation, Lanai now is known for its quiet beauty and luxurious five-star resorts. Visitors can go road tripping along the Norfolk pine-lined Munro Trail, a roadway offering “sweeping and majestic views of the island’s pristine beauty. Also a must, visiting Hulopoe Bay, a protected marine reserve with a wealth of sea creatures including Hawaii’s famous spinner dolphins.”

Larry Ellison told his oracle employees in an e mail that he will work from Lanai from now on using Zoom. He will not be going to Oracle’s new offices in Austin Texas. Larry Ellison will go by the Zoom handle of “”Mahalo, Larry.”

“I’ve received a number of inquiries about whether or not I will be moving to Texas,” Ellison wrote staffers in the e mail. “The answer is no. I’ve moved to the State of Hawaii and I’ll be using the power of Zoom to work from the island of Lanai. Mahalo, Larry.”

In this article:Larry Ellison, Oracle, Finance