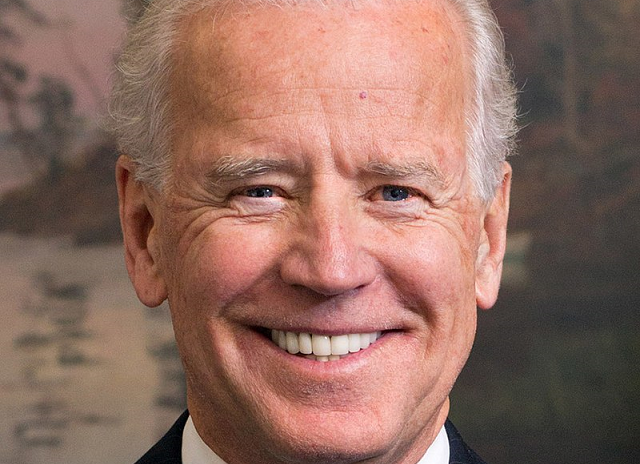 With Joe Biden set to become President of the United States in only 32 days, Middle Eastern countries are making their positions known to his incoming administration. In spite of Donald Trump’s claims that he will not need to leave office on January 20, representatives of Egypt, Jordan and the Palestinian Authority met in Cairo to formulate a joint policy on the Middle East peace process.

Their respective foreign ministers released a statement calling on The U.S. to get Israel to accept the pre-1967 borders as the basis of a final settlement.

Meanwhile the Israeli government, for its part, is lobbying President Elect Biden not to resurrect the nuclear deal which President Obama signed with Iran four years ago and which President Trump basically reneged on.

One issue which Donald Trump supporters pointed to over the past four years with great pride was how different he was regarding America’s Middle East policies than his predecessor Barack Obama. President Trump not only renounced the previous administration’s deal with Iran, he took a much friendlier attitude towards Israel.

Where Israel supporters criticized President Obama for somehow being anti-Israel, President Trump recognized Jerusalem as Israel’s capital, recognized Israel’s right to annex parts of the West Bank and did not push the country to make more concessions to the Palestinians, let alone return to its pre-Six Day War borders.

The Palestinians have clearly been counting the days to the end of President Trump’s tenure in office, hoping that his replacement will be more amenable to their position in the whole Middle East conflict. But no matter who becomes president of the United States in the future it is doubtful that he, or she, would move the American embassy back to Tel Aviv from Jerusalem.

Israel, however, backed down from plans to formally annex parts of the West Bank last summer. This was said to have been a condition of Bahrain and the United Arab Emirates for agreeing to formal peace deals with Israel. So when Joe Biden becomes the 46th President of the United States the option of forcing Israel out of the whole of the West Bank, including dismantling all of its settlements there, will still be an option on the table.

In an official statement the three foreign ministers from Jordan, Egypt and the P.A. called for a final peace agreement between Israel and the Palestinians to be based on UN resolution 234 which called on a return to the pre-1967 borders. On Jerusalem, they accused Israel of making “illegal” actions there and that, “Jerusalem’s status will be decided in negotiations and in accordance with international decisions. It is necessary to end the division and unity among Palestinians.”

Jordanian Foreign Minister Ayman Safdi was particularly critical of President Trump’s policies saying, “Negotiations must be based on international decisions. Peace is the choice. The strategy and the way forward is in a two-state solution that will guarantee the rights of the Palestinian people.”

Palestinian Foreign Minister Riyad al-Maliki of course claimed that Israel is the obstacle to peace saying, “Israel must be pressured to stop the illegal measures in the Palestinian territories. The annexation, the settlements, the isolation of Jerusalem and the annexation of the Jordan Valley are delaying the return to negotiations.”

Meanwhile, even Israel acknowledges that the Trump Administration was mistaken in dumping the Iranian nuclear deal called the Joint Comprehensive Plan of Action without any replacement. The Israeli government still maintains that it was a bad deal, however, and calls on President Elect Biden not to resurrect it.

But as Israeli daily Yediot Ahronot reports, Israel admits that dropping out of the original deal entirely removed any oversight which enabled Iran to further advance its nuclear aspirations. According to Israeli sources Iran now has modern centrifuges for uranium enrichment which work at a rate that is 6 to 8 times faster than the speed of its old centrifuges. In other words, during President Trump’s tenure Iran has made more, not less, progress in developing nuclear weapons.