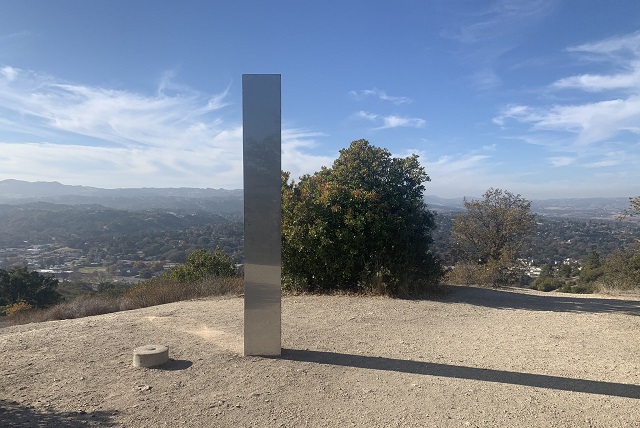 Remember the Utah Monolith? Well, you can forget it because now we have the California Monolith. Soon, it seems, there will have been one monolith in every city, state, and country around the world.

But who is responsible for all of this. Are the monoliths being placed by aliens? Is it the same monolith seen in each location? Are the same people doing it or are the latter ones just copycats of the Utah monolith? Is this all part of some huge worldwide publicity stunt where we will soon learn what sort of new product it is that someone wishes to sell us?

Your guess is as good as anyone else’s?

There is currently a monolith at the top of Pine Mountain in Atascadero!!

So what’s the deal with this California Monolith? Well according to The Atascadero News it stands 10 feet 18 inches tall, has three sides, and appears to be made of stainless steel. The California Monolith was welded together at each corner, with rivets attaching the side panels to what is believed to be an internal steel frame. No weld marks can be seen on it and the monolith seems to be hollow at the top, and possibly bottom. 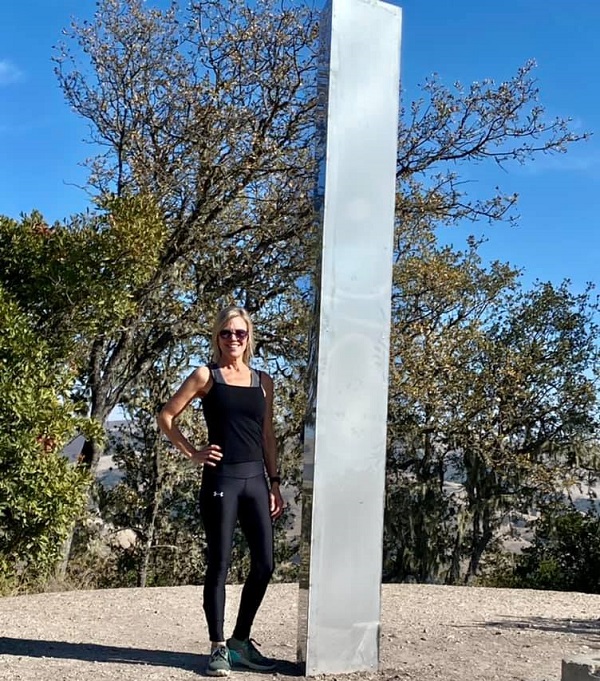 The Atascadero obelisk was not attached to the ground like the way that the one in Utah was and could be “knocked over with a firm push.” The Atascadero News estimates it weighs about 200 pounds.

So this monolith is different enough from the Utah Monolith that we can safely say that it is not the same one.

One Conner Allen posted pictures of the California Monolith on Twitter asking, “How did it get there? Where is it from? How long has it been there?”

Ronelle Volk, a psychologist from California, posted pictures of the monolith on Facebook.

Well whoever or whatever is behind all of this it is all reminiscent of the monolith from Stanley Kubrick’s 1968 sci-fi classic “2001: A Space Odyssey” which was written by Arthur C. Clarke. In that movie a monolith appeared on the moon. It sent a signal to another monolith on Jupiter. Scientists believed that it was placed there by aliens millions of years before. But the movie leaves viewers with unanswered questions and a big mystery.

There will probably now be many more monoliths placed around the world in the weeks to come. So will we too be left with nothing but a mystery after all is said in done or will we learn who was behind the Utah Monolith and the California Monolith?