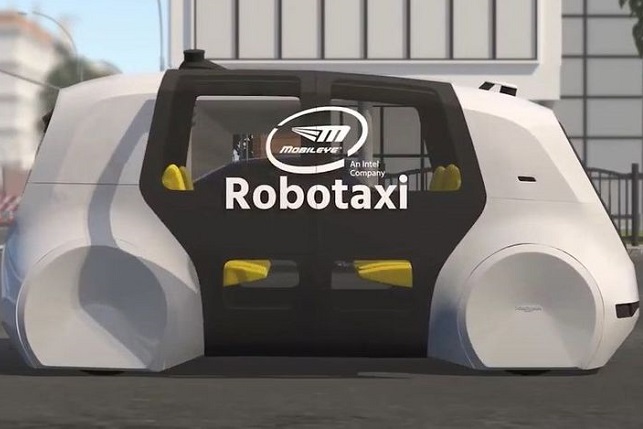 Israeli company Mobileye, which develops autonomous car technology, has partnered with Chinese electric vehicle manufacturer NIO. The new agreement will see many of NIO’s cars brought to Israel for the development and trials of a fleet of new robotaxis, Globes has reported.

NIO is described a rival to Tesla

Mobileye describes robotaxis as an autonomous vehicle that you order to your location when you need it, instead of buying it and keeping it on hand for when you will. Basically these will be robot operated taxis.

If you saw the Arnold Schwarzenegger movie “The Sixth Day” from back in 2000, then you saw such automated taxis depicted in operation. Soon enough just about everything ever predicted in SciFi movies will become a reality.

But of course, with the much touted development automated cars in development by companies like Google, it is really a no brainer to offer such vehicles as taxis. But what will happen to all of the taxi drivers?

Its like that old advertising tag line: The future is now. The technology is moving so fast that soon science fiction movies will run out of ideas for visions of the future since everything you could imagine will already have been invented.

We aren’t creating just one development #AV – we’re creating two. That’s the idea behind True Redundancy™: a safer, faster way to get self-driving vehicles on the road. Learn more at https://t.co/ktHHzuZfLi ?￰ﾟﾚﾗ pic.twitter.com/tLjMyUFmCJ

Mobileye already has a similar deal with Volkswagen and Israeli VW importer Champion Motors on its robotaxi project since the end of 2018. Expected to begin in 2021, that project will use Volkswagen’s electric minivans.

Globes reports that Mobileye will begin the trials with a fleet of dozens of NIO vehicles first, then the Volkswagen minivans will join the trials at a more advanced stage. NIO vehicles were already in Israel and undergoing trials in Mobileye’s labs.

Mobileye said, “Volkswagen is still part of the project and the changes have been carried out in coordination with it.” Mobileye declined to comment on how the timetable has been influenced by the Covid-19 crisis, the absence of the VW minivans, and the slow pace of regulatory adoption in Israel.

NIO Inc. designs, manufactures and sells smart and connected electric vehicles, developing the next generation technologies in connectivity, autonomous driving and artificial intelligence. The company says that it is redefining user experience by providing them with comprehensive, convenient and innovative charging solutions and other services. NIO’s Chinese name, Weilai means Blue Sky Coming. It says that this name reflects the company’s vision and commitment to a more environmentally friendly future.

In this article:Mobileye, Finance, Volkswagen