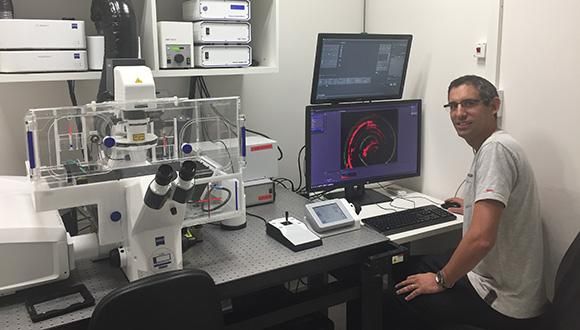 Researchers from Tel Aviv University have uncovered a relation between the hair cells inside of the ear and hearing loss. This discovery could contribute to the development of treatments for hearing loss based on regeneration of hair cells in the ear.

Ever wonder why the ear has hair in it and if the hair is related to hearing at all? Well it turns out that it does. This is related to something unique about human beings’ hearing.

In mammals the ear has three parts: the outer, middle, and the inner ear. Within the inner ear, there is a spiral structure, the cochlea, which contains sensory cells called hair cells. Hearing occurs when sound waves entering the inner ear cause the tiny hairs located on the hair cells to vibrate. These vibrations are then converted into electrical signals that are transmitted to the brain.

The researchers explained that the hair cells in the cochlea are arranged in a highly organized pattern, where together with a second cell type called supporting cells form an alternating checkerboard-like pattern. This organization is important, they point out, since different regions along the cochlea respond to different sound frequencies.

This is in fact a highly unique structure in the entire animal world. The researchers explained that in their work they investigated the mechanism that causes the hair cells to arrange in such a pattern during embryonic development. To do so, they conducted an interdisciplinary study that involved two innovative approaches: a new imaging technology and computational simulations of the process.

Professor Sprinzak said, “We identified a new developmental mechanism that is driven by mechanical forces: the organization of hair cells in the inner ear resembles the way atoms are organized into a crystal. This is a revolutionary finding that changes fundamental perceptions in the field of developmental biology.”

“This is the first time that the process has been observed continuously and at high resolution. We observed that the initially disordered hair cells and supporting cells actively move until they gradually arrange into an ordered array. Neighboring cells, known as Hensen cells, move in one direction, exerting shear forces on the hair cells – forces that act in parallel to the layer of cells. These forces squeeze the hair cells together, causing them to arrange in a compact and organized pattern.”