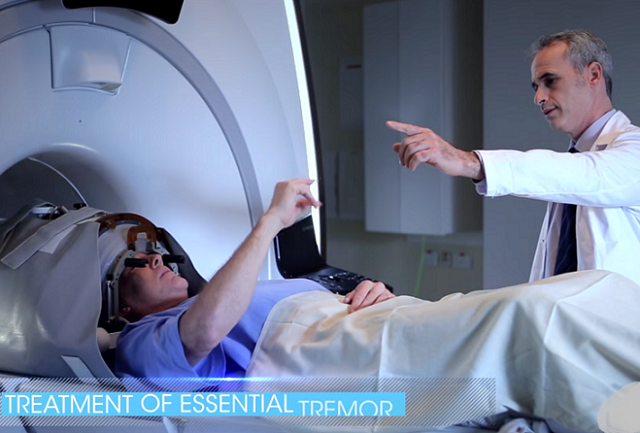 INSIGHTEC, an Israeli global healthcare company has received funding from the National Health Service (NHS) of England for its MR-guided Focused Ultrasound to treat Essential Tremor patients. The implementation of INSIGHTEC’s solution will begin in April of next year.

The NHS England is the publicly funded healthcare system for England.

INSIGHTEC uses the therapeutic power of acoustic energy for medical care. How? The company’s tech uses the power of sound waves to penetrate the human body so that doctors will no longer need to cut someone open in order to operate.

Anyone who ever watched Star Trek has seen a vision of the future where surgery can be performed without so much as a scalpel for cutting the skin. Opening up a person’s head and cutting into a brain to operate for any medical issue obviously brings with it the problem of causing some other damage. The brain is possibly the most sensitive organ in the human body.

So when INSIGHTEC succeeds in perfecting its techniques it will be yet another example of Startup Nation turning sci-fi into reality.

According to the Mayo Clinic, Essential tremor is a nervous system (neurological) disorder that causes involuntary and rhythmic shaking. It can affect almost any part of your body, but the trembling occurs most often in your hands — especially when you do simple tasks, such as drinking from a glass or tying shoelaces.

While not a life threatening condition, Essential Tremor can be scary to sufferers as it may be confused with Parkinson’s disease. Essential Tremor affects an estimated 41 million people around the globe.

Exablate Neuro offers an incisionless treatment option for essential tremor and tremor-dominant Parkinson’s disease patients. It features advanced hardware that can produce ultrasound powerful enough to penetrate the skull, software that takes into account individual skull shape and thickness, and a sealed water system that actively cools the skull during the treatment.

#Essentialtremor (ET) can make a person feel isolated and misunderstood. Read as Chloe Hodge shares her experience going public about the condition and the relief she felt via @essentialtremor. https://t.co/nL84z7cTdw

“For the approximately 50% of Essential Tremor patients who do not get satisfactory relief from medications, having another accessible treatment option available that is incisionless, and often results in immediate relief, is a major breakthrough,” commented Prof Dipankar Nandi, MD, Consultant Neurosurgeon, Imperial College Healthcare NHS Trust, who treated Essential Tremor patients under a clinical trial.

“St. Mary’s in London has been a research partner in the development of this technology and is the first center in the UK to offer Focused Ultrasound for medication-refractory Essential Tremor patients,” said Maurice R. Ferré MD, INSIGHTEC CEO and Chairman of the Board of Directors. “Reimbursement in England and around the globe is critical to help people living with debilitating tremor improve their quality of life.”