Grain crops will always need large fields. But tomatoes, leafy greens, peppers, and strawberries are some of the many fruits and veggies that thrive indoors under precisely controlled conditions.

Though it costs more to raise produce in greenhouses or urban “farm factories,” the payoff is higher yield, quality and market value. The plants can grow year-round with less fertilizer and pesticide.

As more agriculture moves indoors, Israeli technologies are moving in with them to optimize lighting, watering, temperature and other factors for an efficient and effective operation. 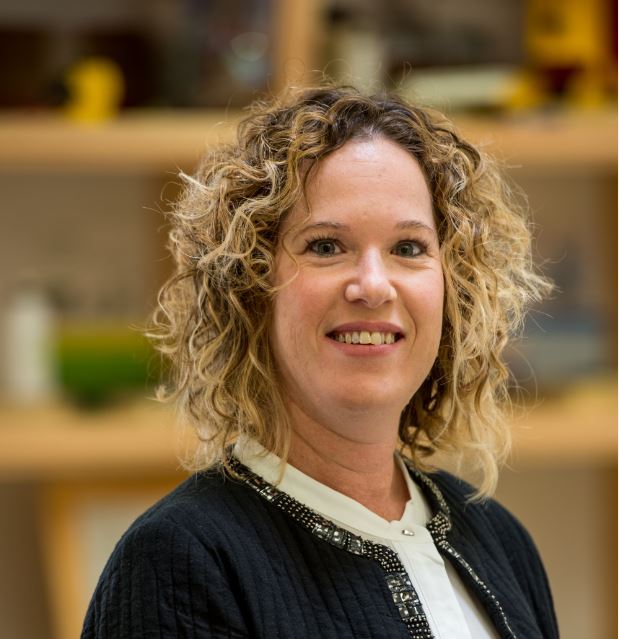 “There is a growing trend for traditional greenhouse farming and indoor hydroponic and vertical farming for certain types of crops,” says Sarai Kemp, vice president of deal flow at Trendlines AgriFood  based in Israel with branches in China and Singapore.

“Growing indoors helps you produce more in a better environment than in open fields,” she says. “Farmers invest in technology for greenhouses because they can control the growing environment and sell the produce at a higher value.”

Kemp says a lot of indoor farming technology originated in Israel. “We have the experience, capability and technology to provide monitoring solutions.”

Europe is the main market for Israeli indoor farming technology, and Kemp notes that a new market has opened closer to home.

“The United Arab Emirates is very interested in indoor farming because of the desert conditions that make it difficult to grow in open fields there.”

Let’s look at a few Israeli solutions for indoor farming. 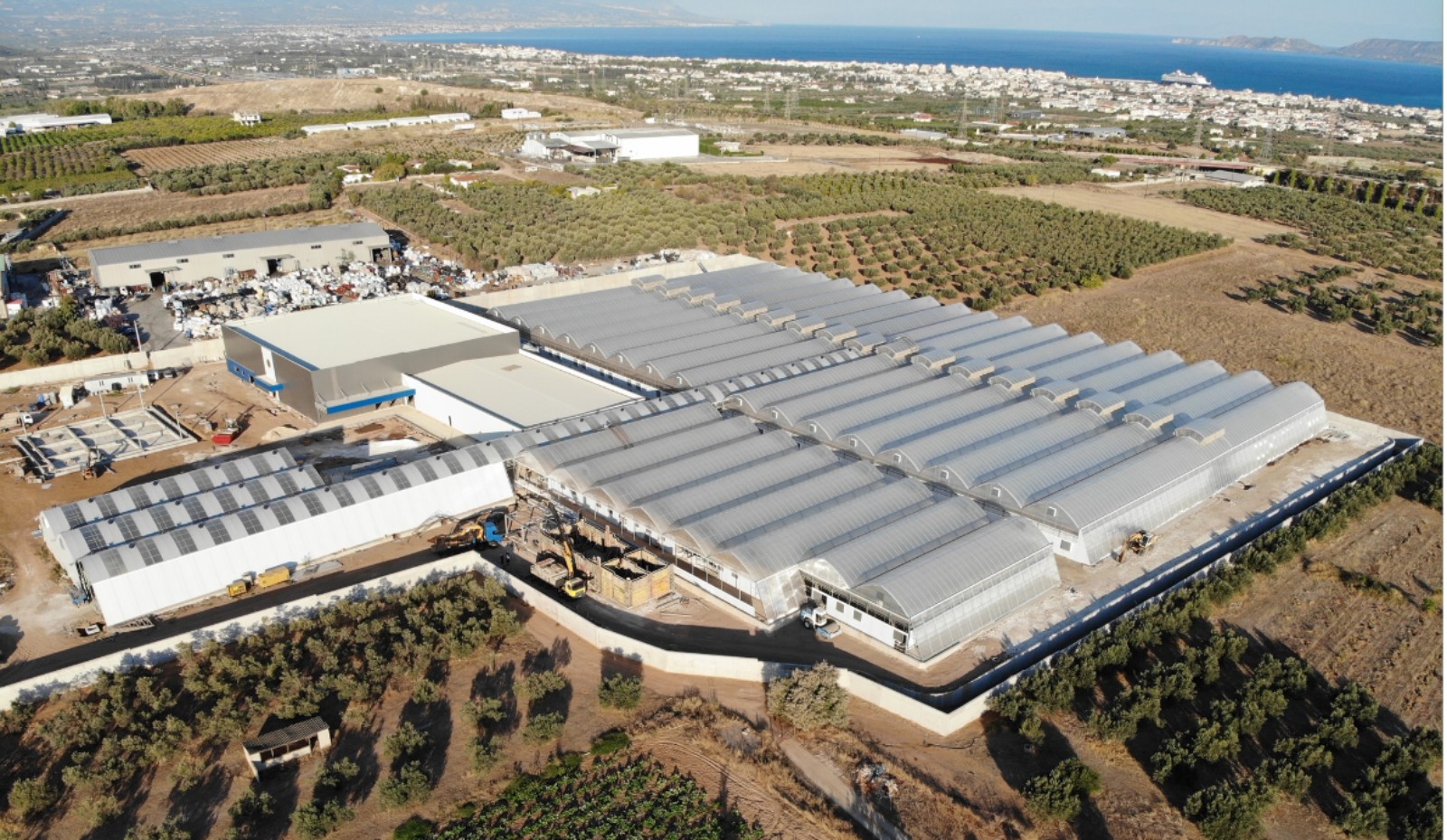 One of the oldest market leaders in the greenhouse farming business is Azrom, a family company that has specialized in designing, building and installing full customized greenhouse systems since 1979.

“That’s all we do,” says Zviki Porat, Azrom’s international marketing manager. “We started exporting in 1979 to Greece and since then we have done about 1,500 projects in more than 70 countries.”

In the old days, technology meant simple drip irrigation. Today, Azrom partners with Israeli research institutes and ag-tech companies to stay a step ahead of the greenhouse technologies curve.

“Now it’s a whole package of high-tech systems that lead to much higher yields and monitor processes better, including weather and topography, planning, designing, engineering and remote controls,” says Porat.

Also in the early days, greenhouse crops were raised in the ground. Today, most farmers opt for hydroponics – growing in soil-free mediums.

“There are 10 kinds of platforms to choose from in hydroponics, so it’s much more complicated today to plan and price a greenhouse system,” says Porat. 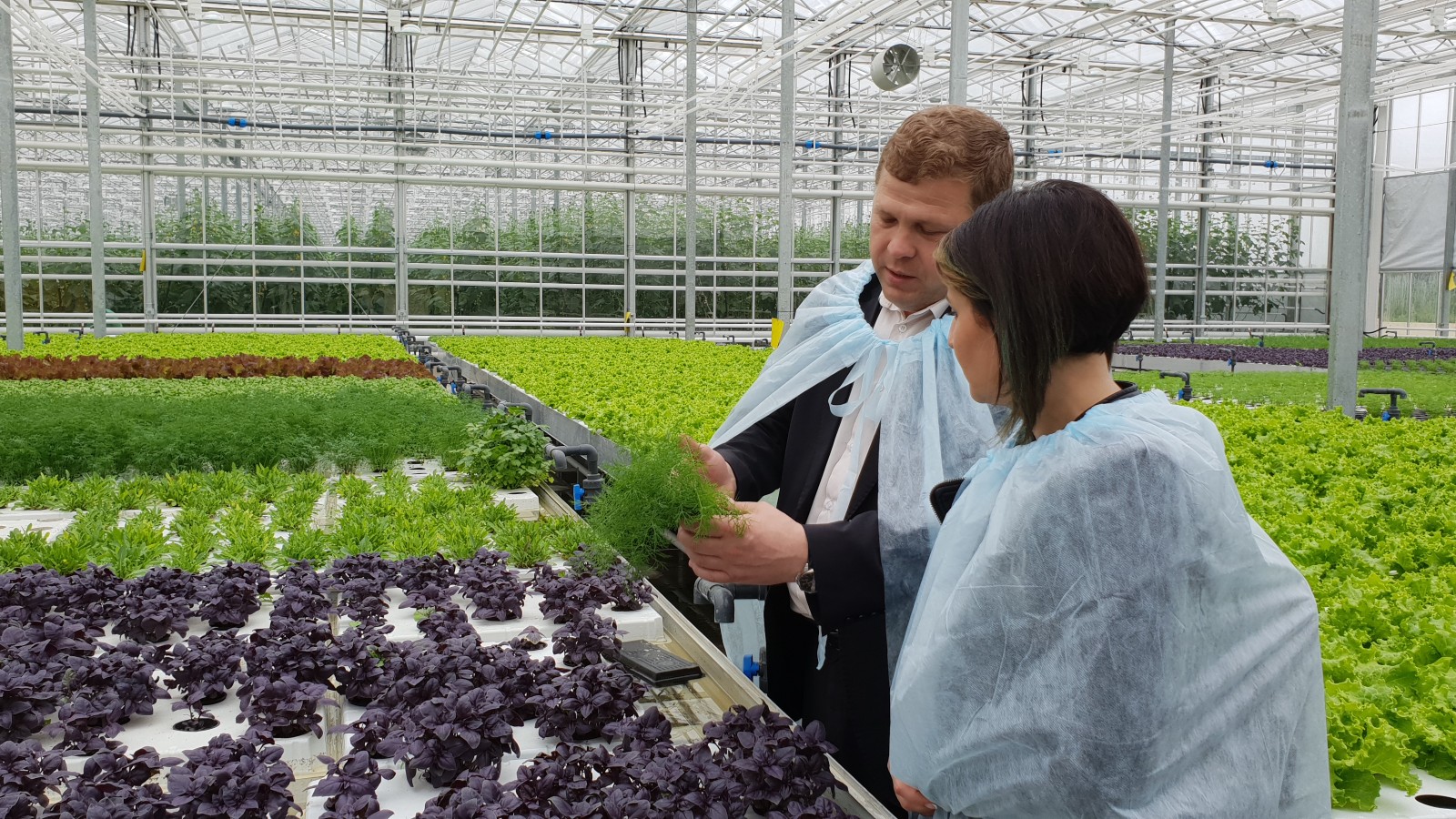 Four kinds of crops growing under one greenhouse roof in Belarus. Photo courtesy of Azrom

“And every year more crops are being grown in greenhouses because land is in short supply. The main crops are vegetables, strawberries, ornamental flowers and medical cannabis. But you can even grow watermelon, pineapple and mango indoors where they stay warm and are exposed to fewer pests.”

In addition to Asia and Europe, Azrom has projects planned in Louisiana (US) and Dubai (UAE).

“Greenhouse growing requires a high investment. But you pollute less because you don’t spray as much, and you can collect and reuse water and even fertilizer,” Porat says. “So we have a lot to contribute to desert agriculture.”

A British-Israeli venture formed from a merger of two established companies about eight years ago, Growponics designs and builds automated hydroponic greenhouse factories in urban settings.

“You can grow vegetables all year round in greenhouses in many places, like in California’s Salinas Valley. But that is not where the population is,” says founder Lior Hessel.

Hessel says shipping costs today account for more than 80% of the landed cost of vegetables – that is, the total expense to get a product to its destination.

“Local greenhouse farming is expensive, but it pays off compared to shipping costs,” Hessel tells ISRAEL21c. “In the last 10 years, a new trend is local production with a lower landed price and lower carbon footprint.”

Still, for a massive greenhouse factory to be profitable, its steep capital and operating expenses must be offset by maximizing yield per square meter, Hessel explains.

“In Growponics we do this by using automation. The plants move on conveyers. We eliminate aisles, which normally take up 15 to 20% of greenhouse space; and we adjust the spacing between plants in different parts of the growth cycle. That alone can increase yield by more than 40% on top of the savings from eliminating aisles. It’s a gamechanger when you put them together.”https://www.youtube.com/embed/o1QXCnC-2h4?feature=oembed&wmode=opaque&autohide=1&showinfo=0

With funding in part from the Israel Innovation Authority, Growponics invests heavily in R&D in cooperation with institutes in Israel, the UK and continental Europe.

One innovation is a data collection robot that supplements the data collection done by sensors in the greenhouses. Another is organic fertilizer produced via atmospheric nitrogen fixation, which uses bacteria to make nitrogen in the air available to plants. This technology won Growponics the European Union’s Seal of Excellence and €2.5 million in funding to implement it in Europe.

Growponics has three sites in Israel, accounting for more than 70% of domestic hydroponics.

“In Europe we registered a new company in Greece to do more than $4 million in projects,” says Hessel, “and we are going to the UAE as part of an Israeli business delegation before the end of the year.”

Three years ago, Growponics established a two-acre greenhouse factory in Connecticut that sells its produce to New England supermarket chains. Further US expansion is planned with local partners as owner-operators to handle marketing and distribution.

“Indoor growing demands scientific knowledge of what each plant needs and when,” says Daniel Levin, founder of Tel Aviv-headquartered Growor, whose indoor agriculture system can reduce overall costs up to 40 percent (up to 70% electricity saving alone) while increasing yield by about 30%.

The business started five years ago with a light-bulb idea, literally. 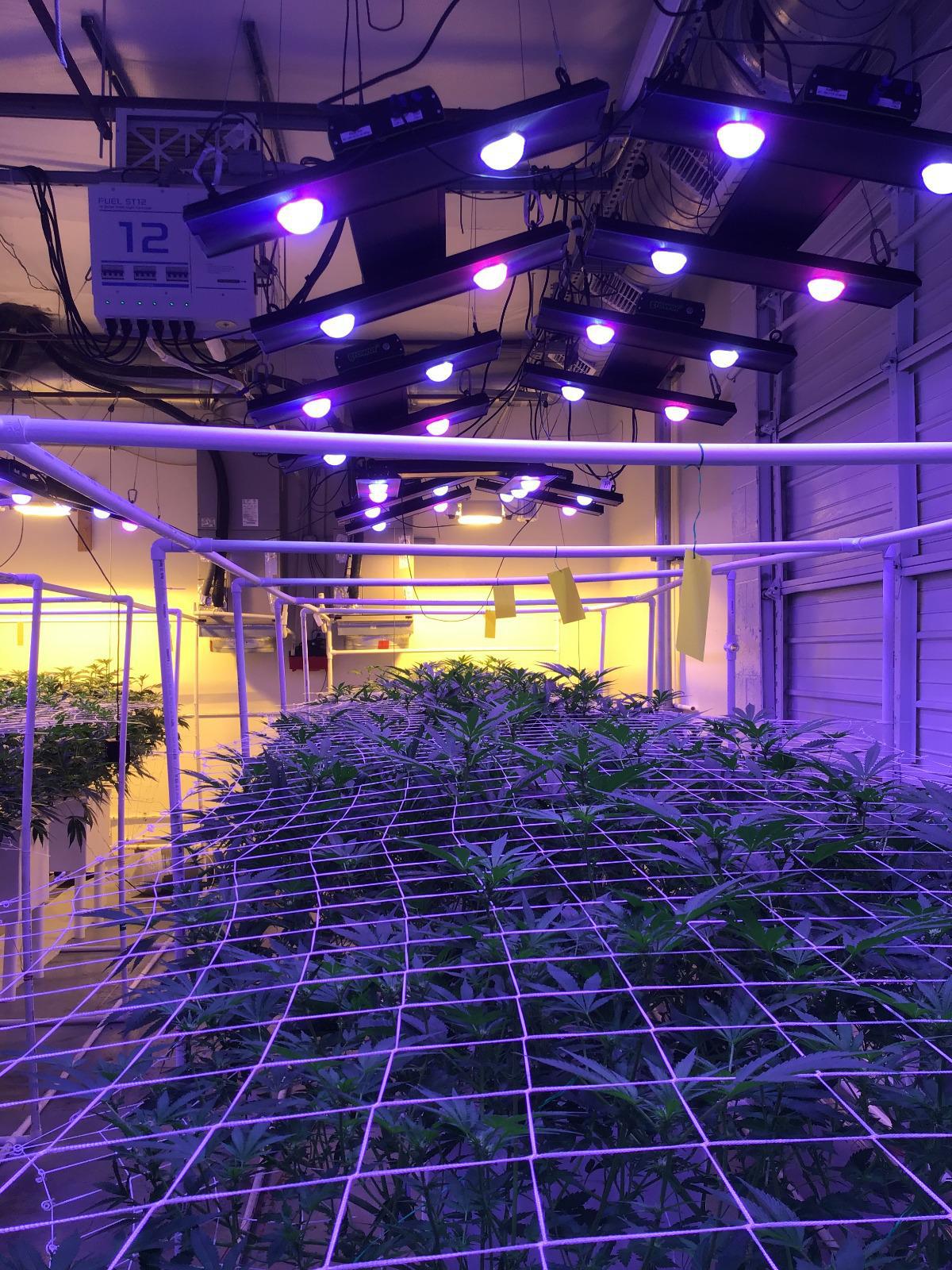 The smart LED light, which can manipulate outcomes such as tomato color and juiciness, was developed by Levin’s business partner Michael Naich, now CEO of Growor and its companion R&D company Group 1607 (so named because both their birthdays are on July 16).

But lighting alone wasn’t enough. Indoor farmers must control and monitor a variety of inputs such as water, nutrients, temperature and humidity.

“Because we had so much data from our lighting system, we were able to develop a full dynamic protocol for any kind of indoor growing,” says Levin. “The protocols adapt to help each plant feel it is in the best conditions at any time and location.”

“We adjust the rest of the parameters to the light parameters because only light can manipulate the plant’s behavior drastically. More or less water, or more or less fertilizer, won’t change a tomato’s color.”

Growor has pilot projects in Israel, North America, Europe and Asia for growing flowers, tomatoes, cucumbers and pharma-grade cannabis. The latter crop, says Levin, is raised in clean rooms and must be reliably stable and consistent because “there’s no room for surprises.”

The higher yield in indoor agriculture requires more farmhands, and that’s a problem.

“One of most the urgent issues today is a labor shortage because most activities are done manually,” says MetoMotion CEO Adi Nir. 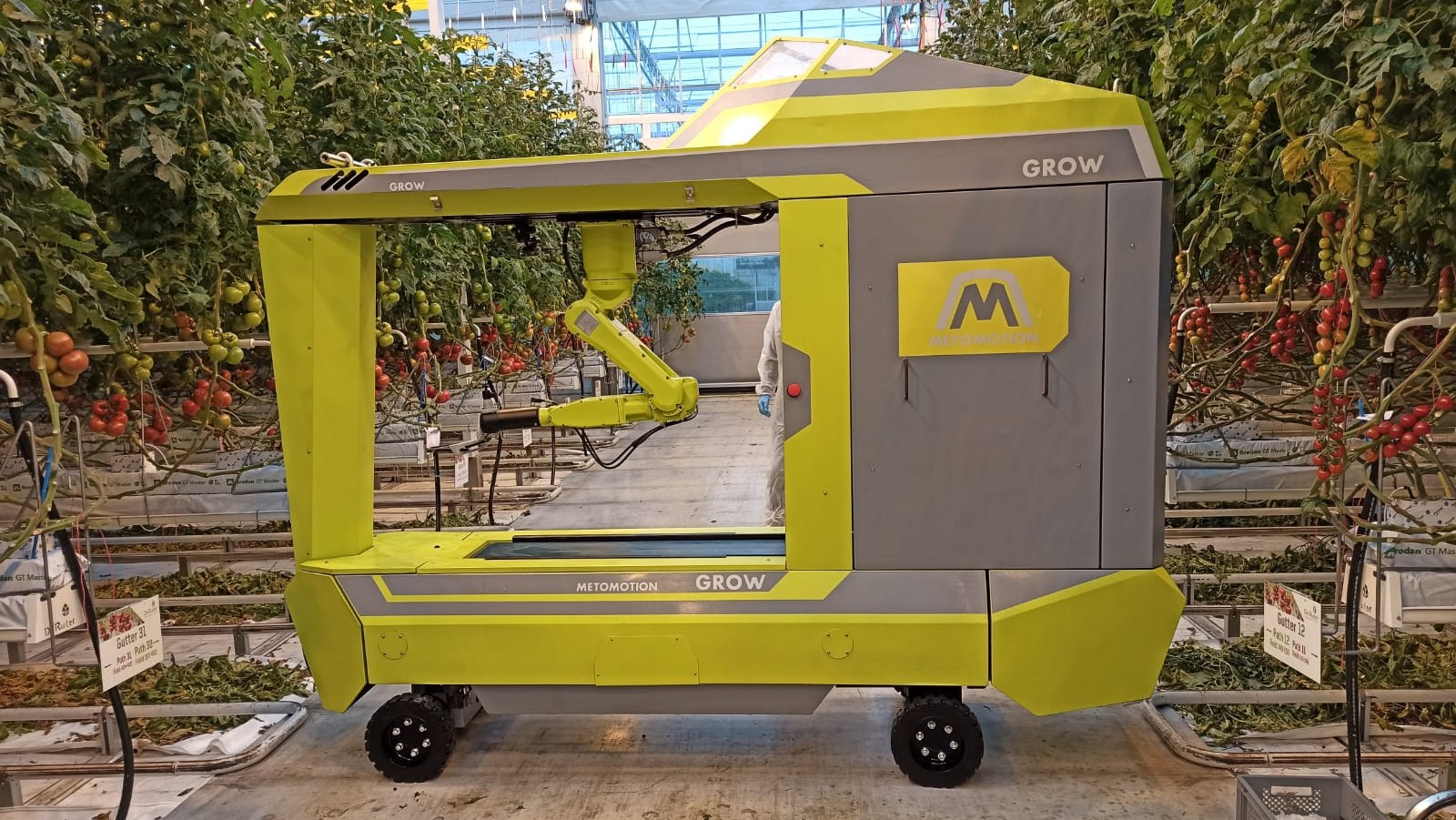 This portfolio company of The Trendlines Group has been testing its unique GRoW robotic tomato harvester in Israel and in The Netherlands in partnership with Bayer Crop Science.

“Since March we haven’t been able to travel from our offices in Yokne’am,” says Nir. “Our team there works with the robot and the software is operated mainly from here. This reduces the amount of staff needed at the greenhouse.

“You always need people too, but the robots work autonomously and from the office you can see yield and yield forecast and other actionable data collected and transmitted to the cloud.”

The first commercial GRoW units will be shipped to a few farmers in Europe for evaluation in the next eight months.

“Green walls” can provide insulation, air purification and aesthetic landscaping to the interior or exterior of buildings.

They can also produce salad greens, mushrooms and strawberries in an urban space-saving way.

However, vertical farming is still quite limited because to be profitable “you have to either grow more or save on costs of labor or resources such as electricity,” Sarai Kemp from Trendlines tells ISRAEL21c.

Vertical Field of Ra’anana makes the Vertical Farm, a modular, moveable soil-based platform that can grow 200 types of organic, pesticide-free crops and requires no special training to operate. 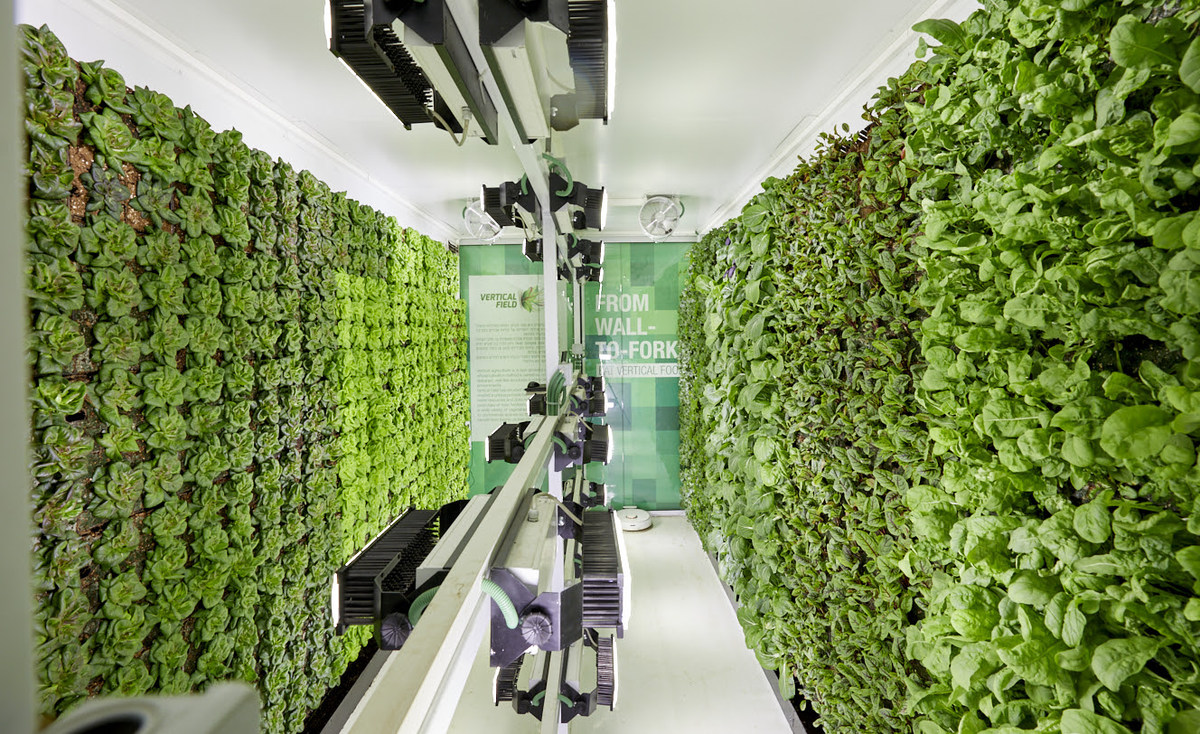 The Vertical Farm can grow hundreds of types of crops indoors or outdoors at a supermarket, restaurant, or other retail outlets. Photo courtesy of Vertical Field

Vertical Farm can be placed in a 20-foot or 40-foot standalone container equipped with advanced sensors that monitor, irrigate and fertilize crops throughout every growth stage.

Vertical Farms are up and running at some Israeli supermarkets and at Farmers & Chefs restaurant in Poughkeepsie, NY, and at Evergreen Kosher Market in Monsey, NY. Expansion across other US cities is planned.

“We offer an easy-to-use real alternative to traditional agriculture,” CEO Guy Elitzur said. “Our urban farms give new meaning to the term ‘farm-to-table,’ because one can pick their own pesticide-free greens and herbs at supermarkets, restaurants or other retail sites.”

The Israeli startup was cited by Silicon Review as one of “50 Innovative Companies to Watch in 2019” and named by World Smart City in 2019 as “Best Startup.”