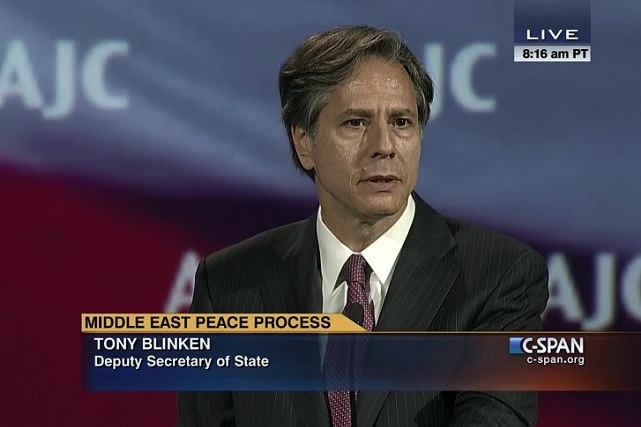 Athony Blinken, who served as a deputy secretary of state under President Barack Obama, is set to be named the next U.S. Secretary of State. A close foreign policy advisor to President Elect Joe Biden, Blinken is a 58 year old Jewish step-son of a Holocaust survivor.

The President Elect is also expected to name Linda Thomas-Greenfield the next U.S. Ambassador to the United Nations, a cabinet level position in America. Thomas-Greenfield is a 35-year foreign service veteran.

In spite of all of the continuing law suits, the President’s pressuring of state politicians to ignore their respective states’ popular votes and appoint his own slate of electors to the Electoral College when it meets next month and his refusal to concede the election, Joe Biden is moving forward with his transition to becoming the 46th President of the United States.

President Trump has refused to even release the Federal funds which are set aside for an incoming President’s transition team to get the required work done in preparation for when a new President takes office. Nor has he permitted Mr. Biden to receive the highest level of national security clearances so that he can be up dated on what is going on behind the scenes.

This behavior continues even as every day more Republican senators, congressman and governors call on the President to concede. The latest to do so is Larry Hogan the Governor of Maryland.

However, President Elect Biden understands that with less than 60 days to go until his inauguration in January he must start the work of an incoming President of the United States and be ready for whenever President Trump acknowledges the inevitable.

Mr. Blinken has recently been speaking out on certain issues around the world and in doing so has given the American public a glimpse of how a Joe Biden administration will have a different foreign policy from the current one. One area which he was stressed on social media has been human rights abuses, tweeting about such crimes being committed in countries like Ethiopia and even close allies of the U.S. Like Egypt.

Share concern re. #Egypt‘s arrests of three employees of the Egyptian Initiative for Personal Rights. Meeting with foreign diplomats is not a crime. Nor is peacefully advocating for human rights. https://t.co/hR5JtLcAYI

So who is Antony Blinken?

Born in New York Antony Blinken moved to France with his mother at the age of nine after his parents divorced. He holds a B.A from Harvard and a law degree from Columbia University.

Since President Obama left office Mr. Blinken has been a contributing editorial writer for the New York Times and he co-founded WestExec Advisors, a political advisory firm.

There has been no reaction from President Trump to the news which he probably has not yet heard. Mr. Trump can be expected to Tweet his annoyance with Mr. Biden acting like he won the election after the President wakes up Monday morning.

His last Tweet as of this posting was more about his allegations of voter fraud. President Trump Tweeted:

“In certain swing states, there were more votes than people who voted, and in big numbers. Does that not really matter? Stopping Poll Watchers, voting for unsuspecting people, fake ballots and so much more. Such egregious conduct. We will win!”

It will be interesting to see how Mr. Trump’s surrogates on the television news channels contrast his appointment of Rex Tillerson, a career businessman, as his first Secretary of State with Mr. Biden’s appointment of Antony Blinken, an experienced professional diplomat.