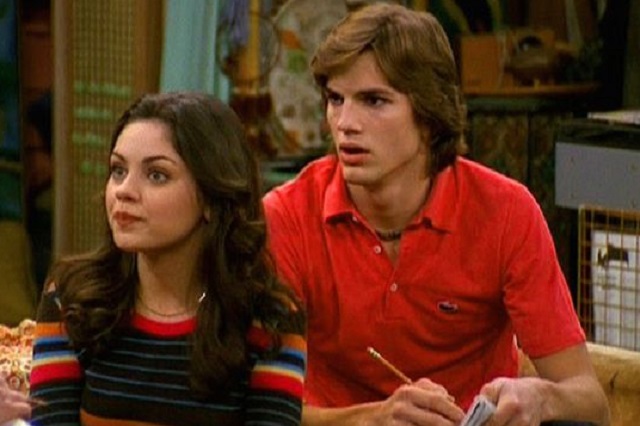 Sound Ventures, a VC firm co-founded by Ashton Kutcher, is looking to bring in $150 million in investments for a new fund. There is no word yet, however, what the fund will be.

Ashton Kutcher is, of course, married to the Jewish actress Mila Kunis.

Sound Ventures is an investor in SentinelOne which recently reached a $1 billion valuation. Effie Epstein is the firm’s managing partner and COO.

Sound Ventures could be raising the money for its new fund called SOUNDWaves which it says is an investment vehicle dedicated to the next generation of clean, circular, and sustainable businesses. Anchored by a partnership program with some of the world’s leading brands and corporations, Sound Ventures states that its unique investment thesis is focused on sustainable supply chain management.

People remember Ashton Kutcher for playing the dim witted Michael Kelso on the hit 90s sitcom “That 70s Show.” He later joined the cast of “Two and a Half Men,” replacing Charlie Sheen after that actor had a very public meltdown.

But what most people don’t know is that Kutcher is not only brilliant, but he has been an active investor for years.

In addition to Sound Ventures, he also founded the venture capital firm A-Grade Investments with Guy Oseary and Ron Burkle. Over the years Kutcher has invested in Neighborly, Zenreach, ResearchGate, Kopari Beauty and Lemonade and an American property and casualty insurance company.

Kutcher’s Sound Ventures recently took part in a $17 million investment round in Forethought, a startup which develops customer service tech that uses AI. The company makes Agatha, an answer engine for enterprises. “Get answers. Route tickets correctly. Find what you need. Agatha searches your company’s knowledge bases to generate the most accurate answers,” states Forethought.

Ashton Kutcher has also gotten behind social causes like fighting against child abuse. He recently tweeted, “Time is running out to ensure that proactive and voluntary online child sexual abuse detection methods are preserved in the #EU. NGOs, law enforcement, tech companies, & government partners are working together to #ProtectChildrenOnline Share in the solution! #EndChildSexAbuseDay.”

The actor can currently be seen starring opposite Elisha Cuthbert and Sam Elliot on the hit Netflix show “The Ranch.” He used to appear on the show with his former “That 70s Show” co-star Danny Masterson. But Masterton left The Ranch after he was charged with rape.

Kutcher’s next movie will be the James Franco adaptation of the William Gat novel “The Long Home.” Set in 1950’s Tennessee, Ashton Kutcher plays a man who was murdered by Franco’s character back in the 1930s. The film’s release was delayed indefinitely because of the Covid-19 shutdowns.

In this article:Ashton Kutcher, Finance