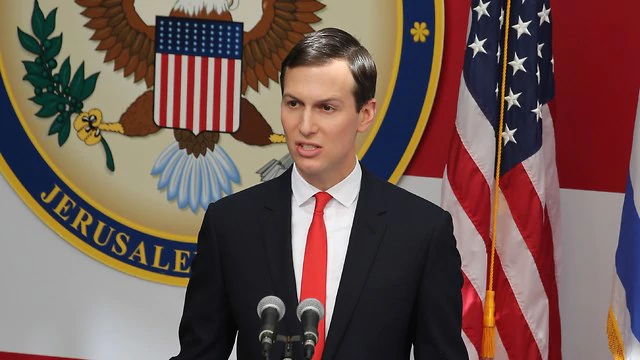 White House staffer Jared Kushner, who just so happens to be the President’s son-in-law, tried to influence media coverage of the election results as they were being reported. According to a report in the New York Times, Kushner personally spoke with Rupert Murdock about his news networks’ coverage.

The phone call was prompted by the Fox News Network’s early call on the State of Arizona, giving it to Joe Biden. As of now, the state is still counting votes and Mr. Biden’s lead there has been shrinking. But observers are still saying that Arizona will go to Mr. Biden.

If Joe Biden takes both Arizona and Nevada, which is what is being predicted at the time of this writing, he will gain more than the 270 electoral votes needed to win the Presidency. This would then moot the need for his winning in Pennsylvania where they are still counting votes.

Mr. Kushner reached out to the owner of Fox News after an irate President Trump lashed out at Republican leaders and the people around him after Fox declared A Biden victory in Arizona.

And President Trump has already claimed victory and began to call for an end to the counting of votes cast by mail.

This is problematic for the President if Arizona and Nevada both go to Joe Biden. It would make a halt to counting mail in ballots in Pennsylvania. He would also need to challenge the vote results in at least four different states.

But the real issue here is the unprecedented nature of Jared Kushner’s phone call. Many would say that it amounted to an attempt to interfere with freedom of the press. What exactly could Kushner have said to Rupert Murdoch anyway?

Jared Kushner was certainly in no position to ask for a retraction so did he try to bully Mr. Murdoch with threats of what would happen should Mr. Trump be reelected?

The New York Times further reported that the day after the elections the Trump team began work on its plan for legal challenges to the election results in several states should the President lose.

Jared Kushner was quoted as saying that he was looking for a “James Baker-like” figure to take up such a cause. James Baker was the campaign manager for George Bush 41 in his 1988 Presidential campaign and also served as President Bush’s Secretary of State. When the election results in the State of Florida were challenged in 200 when George W. Bush became President it was Mr. Baker who led the second President Bush’s efforts to stop any recounts.

But this time President Trump would be the one calling for recounts. And it should be remembered that in 2000 what happened in Florida took everyone by surprise. This time basically every observer expected that there could be legal challenges by both sides regarding the counting of votes.

President Trump himself made numerus allegations of attempted voter fraud during his campaign. So the real question here is, why did they wait until the day after the vote to start looking for their own James Baker?

In other Jared Kushner news, his company is getting ready to evict hundreds of people from their homes. The Washington Post reports that Kushner’s Westminster Management is panning on making the move once a moratorium which was imposed on evictions because of all the people out of work due to the Covid-19 crisis ends.

So the people looking at eviction are those who are suffering financially because of the Corona crisis.

The company released a statement asserting that it is obeying all laws. “Westminster has comprehensively abided by all federal, state, and local orders regarding residential tenancies during the Covid-19 pandemic,” read the statement, “… and will faithfully continue to do so.”

It may be legal but is it right or even necessary?