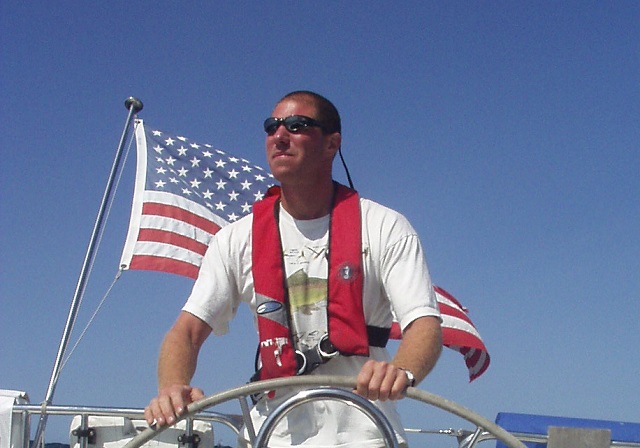 Jewish candidate Dr. Al Gross hopes to win a Senate seat in Alaska today. But his chances were already slim before a seemingly anti-Semitic ad was released.

He is looking to unseat the incumbent Republican Senator Dan Sullivan. But this was always going to be an uphill battle for the Democrat as Alaska is a decidedly Republican state.

Al Gross reportedly outspent the incumbent by a two to one margin and raised almost twice as much money too at almost $17 million. But these figures are only for the official campaigns and do not include money spent by independent super PACs and the parties themselves.

As of today Gross trails Sullivan by three percentage points and President Trump is expected to carry Alaska by a much wider margin.

The Anchorage Daily News has reported on the latest ad from Republican Dan Sullivan which some are calling anti-Semitic.

The ad shows the Jewish Al Gross holding cash in front of a pile of $100 bills. Behind Gross is the image of Senate Minority Leader Chuck Schumer, grinning. The implication here is clear: The Jewish Schumer is behind the Jewish Gross’ campaign.

This is reminiscent of the old anti-Semitic smears about Jews running the world from behind the scenes.

Dr. Gross tweeted, “This ad has disgusting anti-Semitic tropes but it’s what we should expect from a candidate who has hidden how his family does business with communist China and has voted time and again to benefit their bottom line. They should take the ad down.”

This ad has disgusting anti-Semitic tropes but it’s what we should expect from a candidate who has hidden how his family does business with communist China and has voted time and again to benefit their bottom line. They should take the ad down. https://t.co/K8yrIOxoLj


Joel Rubin, executive director of the American Jewish Congress, said of the ad, “It plays into long-standing, centuries-old tropes against Jews as secretly controlling government, politics, the world around us, through money.”

The Anti-Defamation League tweeted, “It is offensive to play into #antisemitic stereotypes when attacking a Jewish political opponent. These type of accusations have been used to denigrate Jews for decades and have no place in our political discourse.”

David Keith, Al Gross’ campaign manager, stated, “The ad is anti-Semitic, from the creative aspects of it, to the tropes that it puts into people’s faces. It’s anti-Semitic. Dan Sullivan knows that. Dan Sullivan isn’t an idiot, and if he wants to act like an idiot, he can do it and tell people in Alaska that he’s doing so.”

Republicans, however, counter that the ad is in no way anti-Semitic. Chuck Schumer is shown simply because he is the Democratic Senate leader and only happens to be Jewish.

Their supporters say that the ad is about how the Democratic Party is pumping outside money into Alaska as part of its overall effort to win back control of the Senate.