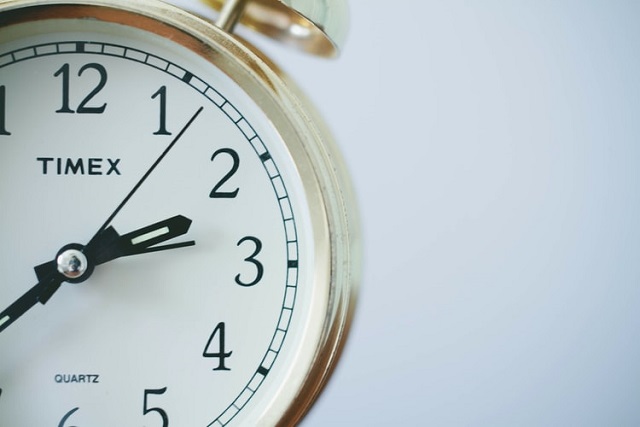 So we ended Daylight Savings Time. Enjoy your extra hour of sleep. But be ready for the drawbacks of the loss of an hour of sleep when we change back in the spring.

Believe it or not, the practice is not universal and many feel that its negative effects are worse than any benefits.

Hawaii and Arizona do not have Daylight Savings Time. And the European Parliament voted to end the practice, but no individual EU member state has yet to do so.

So why do we do it? Well it goes back to World War II when it was first implemented as an energy saver. The idea is simple. If the sun sets an hour later each day through the spring and summer months when the weather is nicer then people will spend more time outdoors.

Also dawn comes earlier in the summer and so the later the sun sets the later people will need to turn on the lights at home. And cities will turn on the street lamps later too.

All of this lead to a reduction in the overall use of energy.

But does it still do so these days?

Everyone has air conditioning and everyone is on line all of the time anyway. Kids especially run home to get to a computer to play internet based games with their friends. They are not looking to spend more time playing in the park.

There are also a number of drawbacks related to the switch to Daylight Savings Time.

Think of this: For at least that first week after the change if you usually get up at 6 AM, you are now waking when your body still feels like it is only 5 AM. And some people take weeks to adjust to the change.

This cause lack of sleep which is bad for the heart and a person’s health in general. It is also bad for productivity.

Sun rise also comes and hour later so for at least the first few weeks in most paces people suddenly find themselves waking up in the dark. This makes it harder to get going in the morning.

Scientific American reports on increases in traffic fatalities and medical errors committed in the period after the switch.

According to Beth Malow, a professor of neurology and pediatrics at Vanderbilt University, its probably best to just stick to a set time for all year round without making a cock change twice a year.

“Most people agree that we need to get rid of this transition back and forth. I personally am an advocate for permanent standard. The reason I am is because I look at light as really important for our well-being, our mood and our sleep. ,” she said.

Many people do wish to see daylight saving time all year round. But this would mean a later sunrise through the winter months pretty much guaranteeing that most people will never see the sum when getting up in the morning for months out of the year.

“Getting enough light, especially in the winter, is critical. If we have permanent daylight saving time, I worry that come May, June, July, we’re getting too much light too late in the evening. Then we have trouble falling asleep because we don’t make [enough] natural melatonin, which requires it to be dark,” explains Professor Malow.

So she would prefer no Daylights Saving Time to having it all year round.

She points out that studies have shown that people who live on the eastern edge of a time zone where dawn comes earlier and sunset later they get better sleep.

Maybe we should also split all time zones in half and have the time difference by the half-hour instead of the hour.