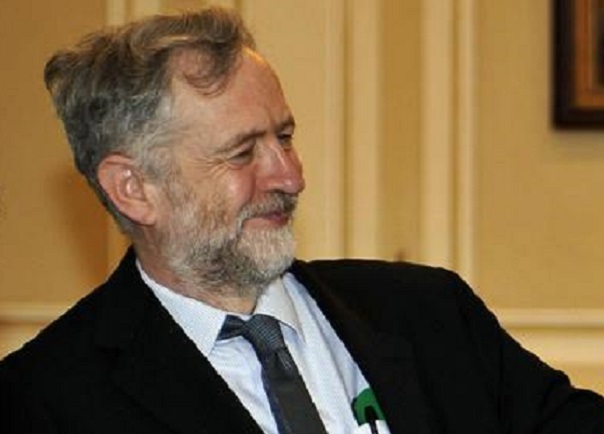 The former British Labor Party leader Jeremy Corbyn was suspended today by the party because of antisemitism. The move came after the release of an official report about the Labor Party’s widespread problem with antisemitism under his leadership.

In a statement, it said: “The equality body’s analysis points to a culture within the party which, at best, did not do enough to prevent anti-Semitism and, at worst, could be seen to accept it.”

A spokesman for the British Labor Party said, “In light of his comments made today and his failure to retract them subsequently, the Labor Party has suspended Jeremy Corbyn pending investigation. He has also had the whip removed from the Parliamentary Labor Party.”

The current Labor Party leader Keir Starmer spoke publicly in response to the findings of the watchdog report and before the suspension was announced. “I found this report hard to read and it is a day of shame for the Labour Party,” said Starmer.

“We have failed the Jewish people, our members, our supporters and the British public.”

Jeremy Corbyn failed to stop hostile anti-Israel rhetoric from within his party which was considered by many to border on anti-Semitic. It was also seen as a factor in his defeat by a large margin to Boris Johnson and the Conservative Party in last year’s UK elections.

“I have no words”: Ex-Labour MP Luciana Berger responds to Jeremy Corbyn’s claim that the scale of Labour’s anti-Semitism problem was “dramatically overstated for political reasons”.@mrjamesob │ @lucianaberger pic.twitter.com/LcVxwN1knn

The Labor Party reportedly had a real problem with antisemitism among its leadership. Unfortunately, Jeremy Corbyn not only failed to deal with the problem, but the Party was accused of going after the whistle blowers.

Jeremy Corbyn declared defiantly in a Facebook post, “I will strongly contest the political intervention to suspend me. I’ve made absolutely clear that those who deny there has been an antisemitism problem in the Labour Party are wrong.

“It’s also undeniable that a false impression has been created of the number of members accused of antisemitism, as polling shows: that is what has been overstated, not the seriousness of the problem.

“I will continue to support a zero tolerance policy towards all forms of racism. And I urge all members to stay calm and focused – while this problem is resolved amicably, as I believe it will be – to defeat this awful government, which is further impoverishing the poorest in our society.

Left wing Jewish groups in Great Britain declared their support for Corbyn and condemnation of the decision.

The Jewish Voice For Labour tweeted, “We are appalled that Jeremy Corbyn has been suspended from the Labour Party and the whip withdrawn. He has a proud record of fighting all forms of racism and antisemitism. This is an attack both on Jeremy and on the majority of party members. Do not leave, organize, fight back.”

Please sign/share The Labour Party’s decision to suspend Jeremy Corbyn from the party is an injustice.
Corbyn’s comments on the EHRC report are a political statement a few sentences long. They are not a valid cause for suspension from the Labour Party.https://t.co/tA55shpJKa

But people like former Labor MP Luciana Berger are not shedding any tears. Berger resigned from the party over its antisemitism.

In a radio interview she said of Jeremy Corbyn’s response to his suspension, “I have no words for that.”

“Ultimately the responsibility rests with Jeremy Corbyn who was leader at the time. There were people in all areas of leadership who could have done more.”