Europe has lost 60 percent of its Jewish population since 1970 according to a new study by the London-based Institute for Jewish Policy Research. Its key findings were published by The Guardian with the decline attributed to the collapse of the Soviet Union which resulted in many Jews leaving Eastern Europe as borders were opened. Across Eastern Europe, the Jewish population fell 85.3 percent over the past 50 years while Western Europe has experienced an 8.5 percent decline.

According to the Guardian, only about 9% of the global Jewish population now lives in Europe, compared with nearly 90% in the late 19th century – but similar to the proportion 1,000 years ago.

It is estimated that 1.3 million Jews live in Europe in 2020 with two-thirds of that total living in France, Germany, and the United Kingdom. As this infographic shows, Russia’s Jewish population contracted by 81 percent between 1970 and 2020 while Poland experienced a 44 percent drop. The disappearance of the USSR has led to a considerable increase in Germany’s Jewish population which has climbed 293 percent over the past five decades. 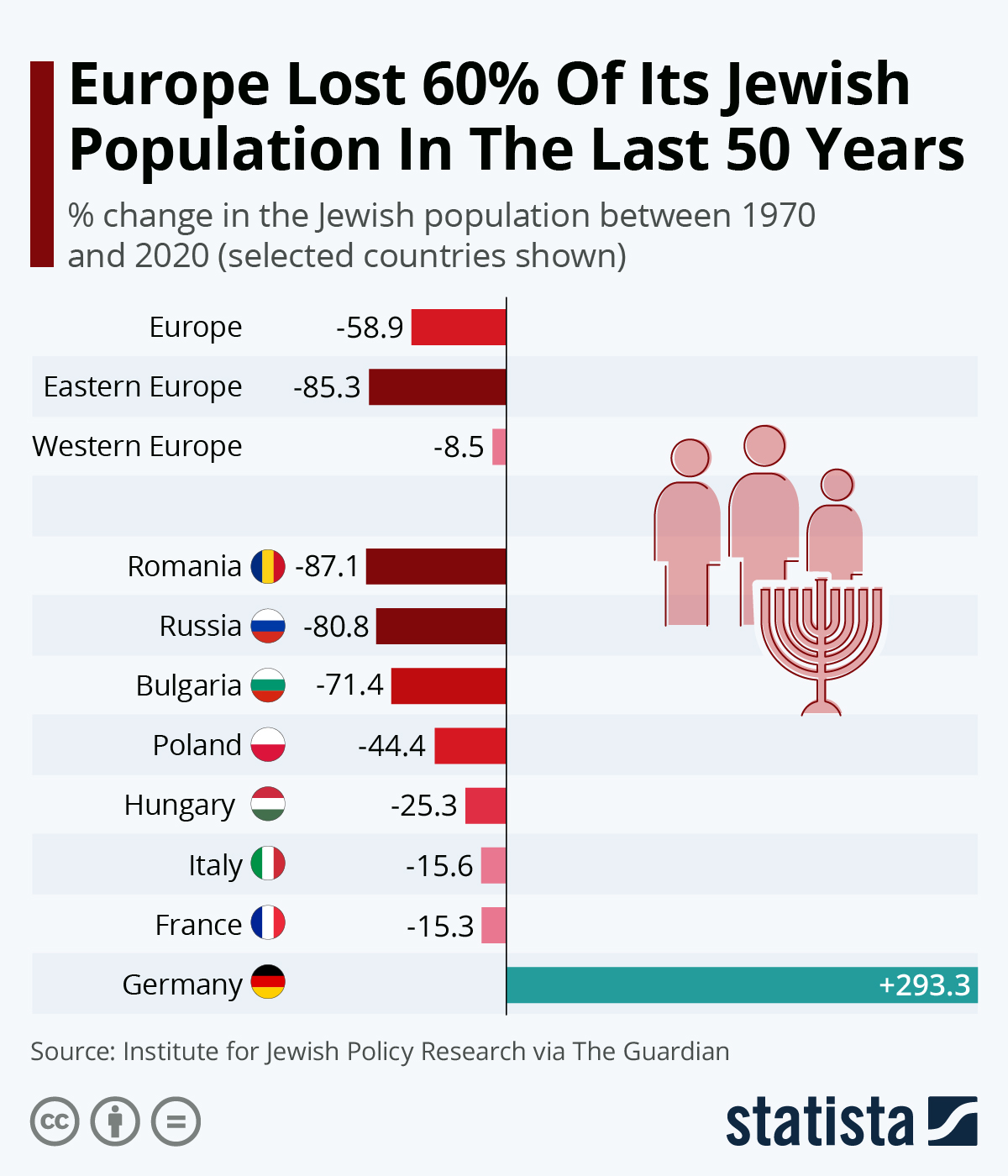 But this attack came out of nowhere. Anti-Semitic crimes have increased each year since 2015 in Germany. According to the latest report by the Federal Ministry of the Interior (BMI), 2019 saw the highest number of such police-recorded crimes since the country started recording them in 2001. 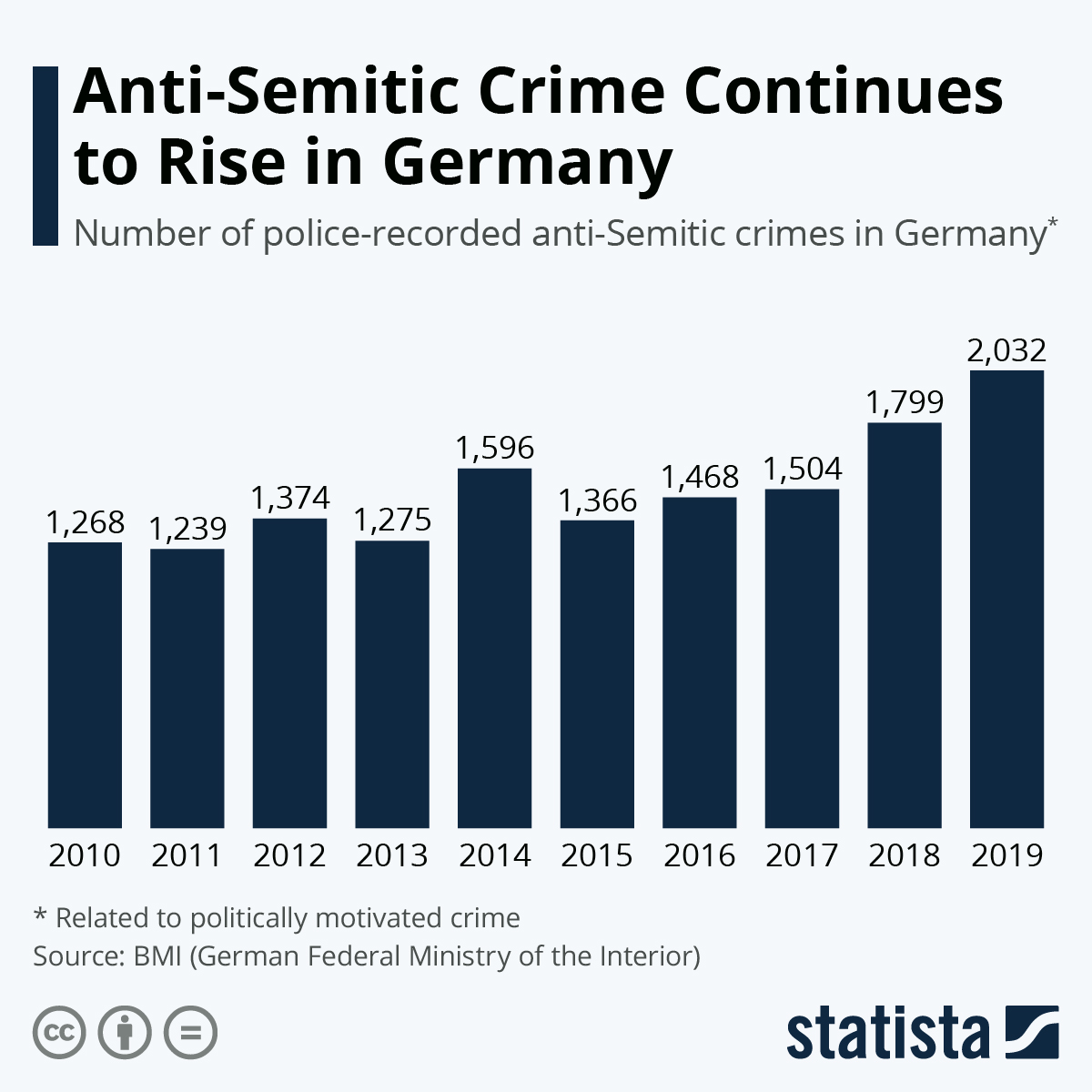 The number of left-wing extremists in Germany has also grown across different categories since 2016, amounting to 34,500 in 2019. Of these, 900 were classified as anarchists, and 9,200 were considered violence-oriented. The number of left-wing extremist criminal offenses recorded in 2019 amounted to 6,449. Of these, 921 were violent. Both figures were lower than the previous year. Of non-violent left-wing extremist criminal offenses, the most common type recorded in 2019 was property damage, at 3,520 cases. That same year, among violent acts, the highest number was committed against police and law enforcement at 467.

In this article:Germany, anti-Semitism, Finance, anti-semitic